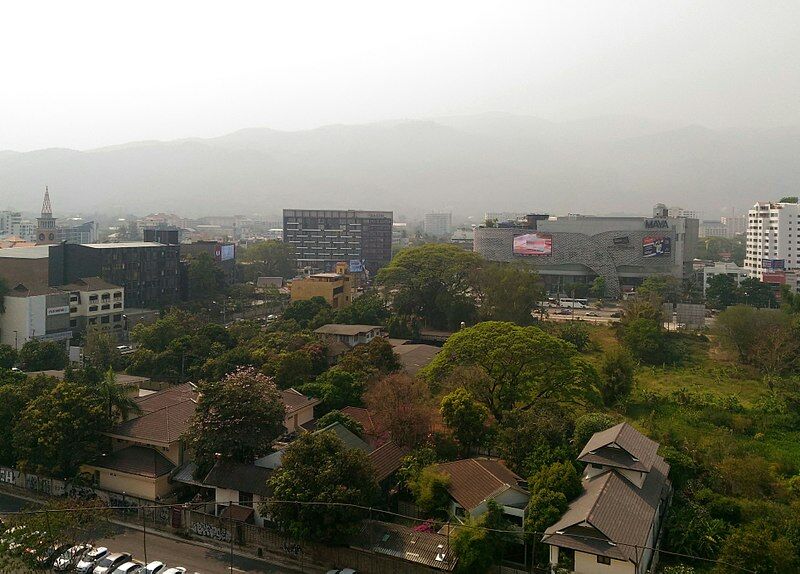 Over 250,000 people are feeling the burn after receiving treatment for eye and nose problems due to pollution in Thailand’s northern provinces. Suwanchai Wattanayingcharoenchai, director-general of the Department of Health, says the medical issues are due to excessive PM2.5 dust particles in the atmosphere as a result of local wildfires that have produced heavy smog.

He says that the seasonal smog, that has blanketed areas such as Chiang Mai amongst others, has greatly affected people with respiratory diseases, with young children and the elderly being the most vulnerable. Such ailments like asthma, eye infections and coronary artery disease have been attributed to the increase in pollution which has seen over a quarter of a million people undergoing medical treatment at hospitals and clinics since the beginning of this year. Most of those suffering from respiratory problems fall into the age group between 45-54 years old.

Suwanchai says that vulnerable people, who are prone to dust-related ailments, should avoid outdoor activities and wear proper medical, or N95 face masks. He says those who are suffering from breathing problems or chest pains should see a doctor as soon as possible.

In Chiang Mai alone, air pollution has also been allegedly responsible for over 30,000 people visiting the hospital to undergo treatment for respiratory illnesses. The city, known for its burning season, that blankets the air with smoke, has recently taken the top spot of having the worst air quality in the world. The IQ AirVisual air monitoring website listed Chiang Mai this morning as having the worst pollution, as it tracks air quality in real time.

The city’s air quality has consistently been ranked in the top 3 of the world’s worst cities in terms of pollution since the start of this month, an annual listing at this time of the year. IQ AirVisual even says it has taken the top spot for recent days.

The northern region has 926 hotspots, with Mae Hong Son having the most at 442, followed by Chiang Mai and Tak. The cause of the pollution is mainly due to wildfires sprouting up as a result of open burning across the border in Myanmar forests and locally around northern farms in Thailand.