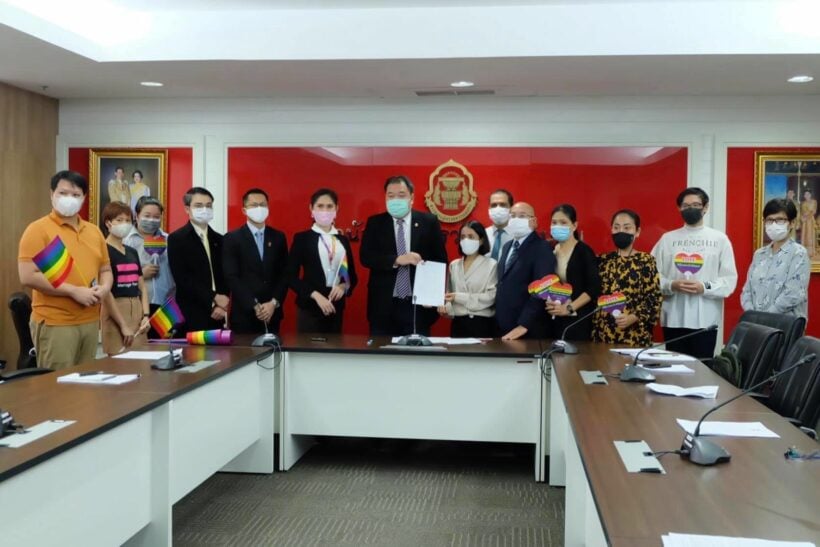 PHOTO: Facebook: Foundation for the SOGI Rights and Justice

LGBT equality advocates are calling on Thailand to allow same-sex marriage, asking that laws regarding marriage simply change the words “man and woman” so same-sex couples can have the same rights as traditional married couples.

A Civil Partnership Bill allows same-sex couples to register in a civil union, but the so-called “partnerships” are not treated the same as marriages. If partnerships and marriages end up being treated differently, the act could turn same-sex couples into “second-class citizens,” according to the vice chairman of the Foundation for the SOGI Rights and Justice, Pongsathorn Chanluen.

“Certain rights defined for same-sex couples, notably about government welfare, are different from that of straight couples.”

Same-sex couples can not register their marriage because of the 2 words: man and woman. Chanluen says the best way to make sure the rights are the same, is to change the terminology to allow two people of the same sex to marry eachother.