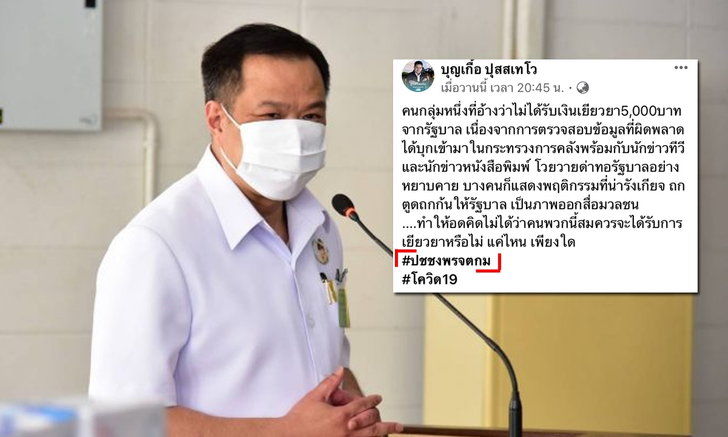 Public Health Minister Anutin Charnvirakul has criticised fellow Bhumjaithai Party member Boonkua Pussatevo for a Facebook comment that, according to The Nation, translates loosely to “stupid citizens will lead us to death” and has asked for a public apology over the comments.

The remarks follows a computer glitch affecting the distribution of the 5,000 baht assistance many citizens were expecting. On Tuesday an angry mob of Thai ‘informal workers’ went to the Finance Ministry to complain that their applications for the 5,000 baht handout had been rejected. They didn’t hold back and attracted the ire of PM Boonkua Pussatevo.

To paraphrase Mr Boonkua’s comments, “The group came barging in together with the media and were very rude. They postured aggressively and “showed their butts” to public officials working on their behalf. It makes me wonder if they deserve the assistance or not with such behaviour.” 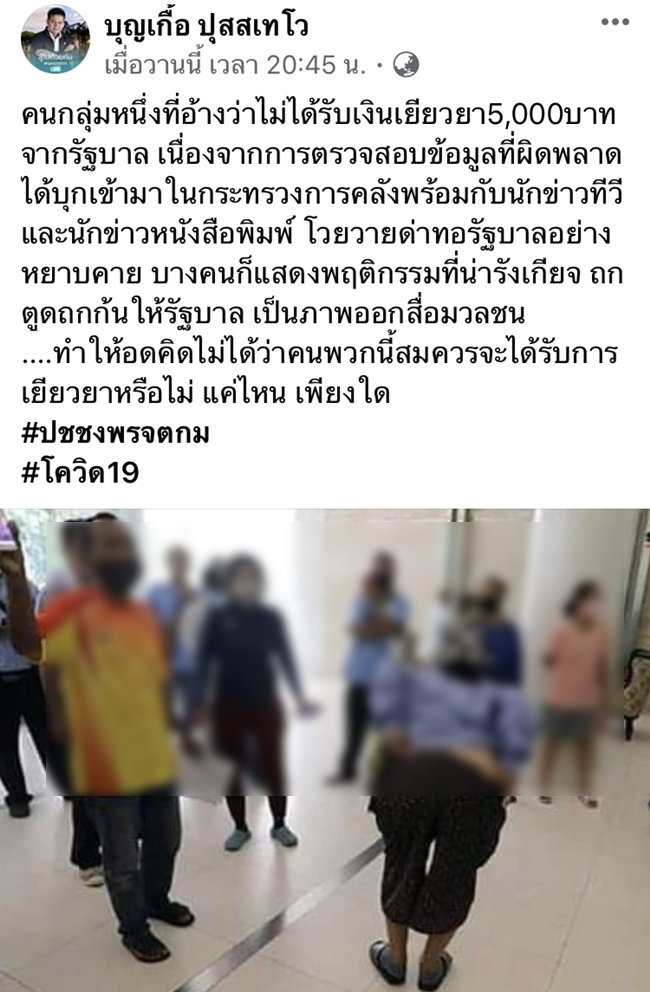 The Health Minister responded saying “when our people are in trouble, we should help them, not blame them. Every member of Bhumjaithai is working on solving the problem, but the one who has ruined the party’s image must be punished. I, as leader of the party, want to apologise to everybody on this matter.”

MP Anutin’s demand for an apology from fellow party members comes as a surprise. In the past Anutin has not held back in his colourful language towards foreigners and is not unknown for his own outbursts.

Last month the Health Minister lashed out at “dirty farang” when he said “many farang dress dirty and don’t shower. As hosts we have to be very careful.”

He has since apologised for the comment and the community has moved forward but still it seems tensions are high during this crisis for foreigners and citizens alike.

The Bhumjaithai Party, led by Anutin Charnvirakul, is a major voice in the government coalition and have forced the Government to legalise limited commercial growing and distribution of marijuana. Without their votes the coalition, under the leadership of PM Prayut, would not have former government. Anutin has also been touted as a future prime ministerial replacement for Prayut Chan-o-cha.