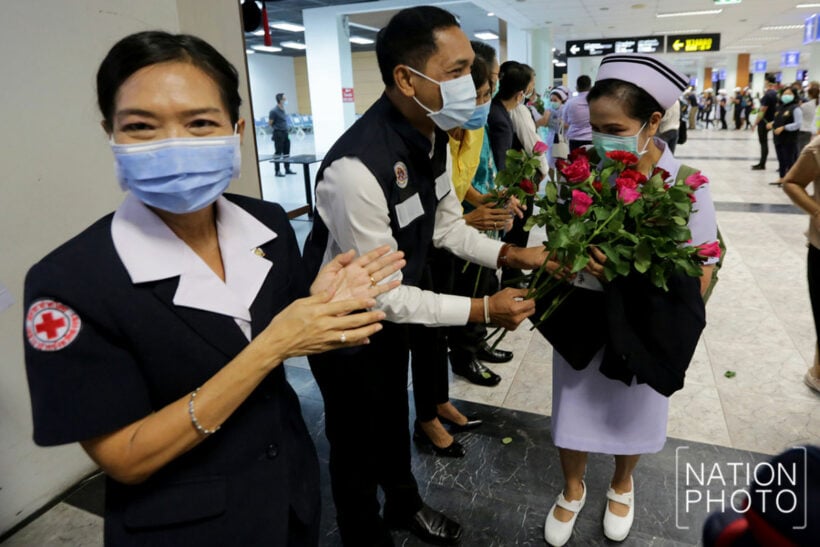 Phuket health workers have welcomed a special team of much-needed medics from southern Thailand’s Songkhla Nararin Hospital. The 50 medics arrived in Phuket yesterday to assist with Covid 19 cases and testing on the island.

The team, led by the Nararin Hospital director, set up a field hospital to assist patients suffering from Covid 19. Phuket currently has the second highest number of confirmed cases in the Kingdom. The team will be in Phuket until there are no new infections (well, that in fact has been announced today with no NEW cases announced but still many awaiting test results).

Phuket has seen the highest rate of cases, per capita, when compared to Bangkok and other Thai provinces.

Songkhla zookeepers close up whilst keeping the tigers cool