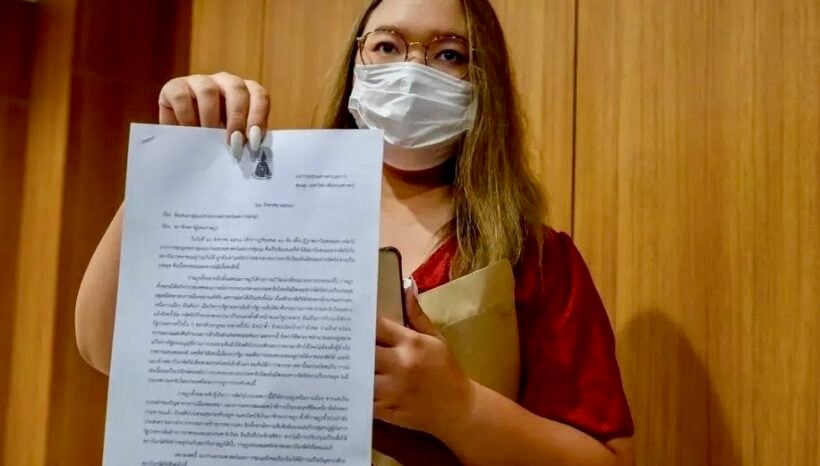 The Student Union of Thailand has hit back at a suggestion from “royalist” groups that political activists are being manipulated by politicians. Spokesperson Panusaya Sithijirawattanakul says it is the students themselves who are organising everything, including coming up with a 10 point manifesto, which includes a controversial call for reform of the Thai Monarchy.

Last month, Panusaya read out the manifesto at a rally of around 1,000 students at the Rangsit Campus of Thammasat University in Bangkok. The manifesto also calls for the dissolution of the Thai parliament, fresh elections, constitutional reform and an end to the intimidation of those critical of the government.

But it’s the unprecedented call for reforms the constitution and changes to the role of the Head of State that is causing the most controversy. Thailand’s strict lese-majeste law has long meant that such discussions are completely taboo, with offenders risking lengthy prison sentences of up to 15 years.

Panusaya says that the controversial nature of some of the students’ demands should rule out the possibility that they’re being controlled by others, whether political figures or academics.

“If we used a teacher as an adviser, he would not have allowed me to read the 10 demands. We did it without consulting anyone else. We have planned and thought carefully before taking action.”

She adds that she warned her lecturer to prepare himself before she spoke, insisting he was not aware of the content of her speech.

“He did not know what we were going to say. When I finished the speech, he said, ‘it (the manifesto) was aggressive, wasn’t it?’”

Nation Thailand reports that a large-scale demonstration is planned for September 19 in Bangkok, marking the anniversary of the 2006 military coup against the elected government of Thaksin Shinawatra. Panusaya says the rally will continue overnight but is not sure how many days it may go on for. She says she’s aware of the risks she is taking by participating in such events, with many protesters already arrested on serious charges, including sedition. She admits adding the topic of the Monarchy into the mix increases the risk.

“It puts my life on the line. I talk straight, I cannot keep silent. It is a problem that must be solved. If we do not tackle the structural issues, to accommodate everyone, then the chronic issues will persist. The country must achieve real democracy.”

In addition, she says social media has proven an invaluable tool in increasing awareness and recruiting more young people to the cause.

“It wakes up many people. There are a lot of people who think like us. It is human nature that if we know that many people share our views, then we have the courage to speak out, our fear is lessened. But we will see on September 19.”

The Thai Army staged a coup against the elected caretaker government of PM Thaksin Shinawatra on September 19, 2006. It was Thailand’s first non-constitutional change of government in 15 years, followed a year-long political crisis involving the former PM, his allies, and political opponents and occurred less than a month before nationwide elections were scheduled to be held.

It was widely reported in Thailand and elsewhere that General Prem Tinsulanonda, Chairman of the Privy Council at the time, was the ‘mastermind’ of the coup. The Army cancelled the scheduled October 15 elections, cancelled the 1997 constitution, dissolved parliament, banned protests and all political activities, censored Thailand’s media, arrested cabinet members and declared martial law.