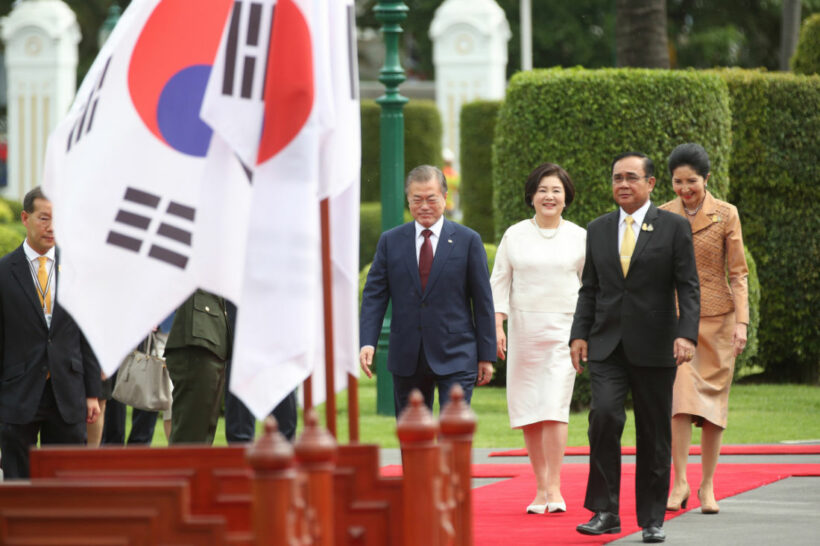 PM Prayut Chan-o-cha and his wife Naraporn Chan-ocha, have welcomed South Korean President Moon Jae-in and his wife Kim Jung-sook to Government House in Bangkok this morning in the midst of an official state visit that continues tomorrow.

A government spokesperson says that this was President Moon’s first official visit to Thailand since assuming his post in May 2017 and the first visit by any South Korean president in seven years.

The aim of the visit is to strengthen the strategic partnership with Thailand in accord with Seoul’s New Southern Policy, by which it is seeking more interaction with all counties in Southeast Asia and cooperation with ASEAN.

The two leaders will witness the signing of six agreements and memoranda during Moon’s stay. 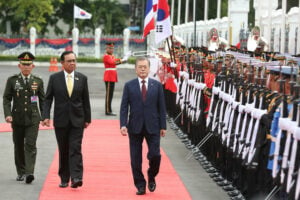