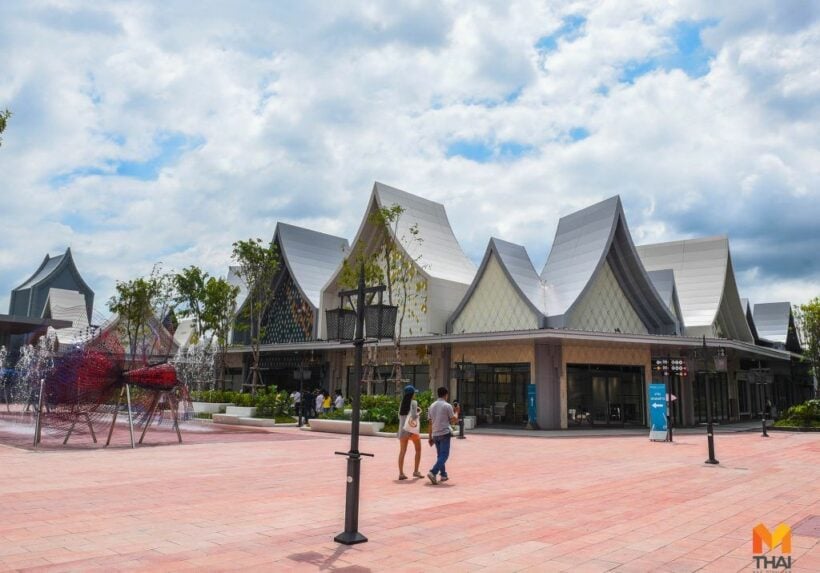 Retailers want ‘in’ at the world’s 21st busiest airport in the world. With through-traffic of 60 million+ each year, and growing, Thailand’s biggest retailers want a slice of the passenger spend. But if you can’t get a shop inside the airport, build your own shopping centre just outside to capture passengers, and some of their money, just before they arrive at the Suvarnabhumi drop-off area.

That’s what Central Pattana did when they set up the Central Village which opened last Saturday. It almost didn’t, having to fend off last minute legal challenges from an aggrieved Airports of Thailand (AoT) who, through a number of curved ball legal challenges in the final week before the opening, tried to prevent the new retail outlet from opening. The Administrative Court threw out their objections on Friday paving the way for the retailer to open their doors of the huge factory outlet complex on Saturday morning.

There are some very prominent Thai families involved in this latest retail game – the AoT, King Power Duty Free and Central Pattana involve some big names and an awful lot of potential retail income. And a lot of egos playing the ‘my retail empire is bigger than yours’ game.

Now, Siam Premium Outlets, a joint venture of Siam Piwat and US-based Simon Property Group, will be another new retail outlet situated about 10 minutes from the airport as well. That will open sometime in the second half of next year.

As Bangkok’s first ‘factory outlet’ style retail complexes, Central and Siam’s plan is to lure passengers on the way to the country’s largest airport and also attract a lot of local Bangkok shoppers with the alternative retail experience. The promise is huge discounts on luxury items. The reality never quite matches the marketing claims.

But there are plenty of challenges ahead for retailers trying to lure buyers in to buy their luxury items. The retail market in Thailand continues to grow at an annual rate of 3-4%, mostly driven by Chinese tourism. But Thailand’s 30% tax on imported luxury products makes it tough to compete against the more shopper-friendly Hong Kong and Singapore.

Line this up with the inexorable trend towards online retail and the shopping malls, wherever they are, are an expensive and elaborate gamble.

Outlet malls, usually known for offloading excess or out-of-season goods, are not very good at attracting the bigger luxury brands who prefer to be associated with high-end shopping experiences, rather than fire sales, left-overs and ‘last years’ fashion.

But to the current dominant force in the airport arena, King Power, who owns and operates duty-free stores at Suvarnabhumi airport and at a King Power Srivaree Complex 15 kilometres from the airport, the new outlets threaten their dominance and will be seen as a way of gnawing away at their bottom line without having to pay exorbitant airport rents and huge commissions to the AoT.

No wonder they’re throwing a few legal bricks at the newcomers – there’s much to protect.

On August 21, the AoT claimed that the new Central Village was encroaching on state land (owned by the Treasury Department) under the supervision of AoT, put up a sign to that effect on the disputed land, and put up barricades to the entrance.

It then blocked the entrance to Gate 1 of Central Village the next day by setting up a large tent and placing barriers on a kilometre of the approach road. During a period of furious final touches, shop fit-outs and retailers stocking their shelves, instead there was a war of paperwork and ego that ended up in the Administrative Court. 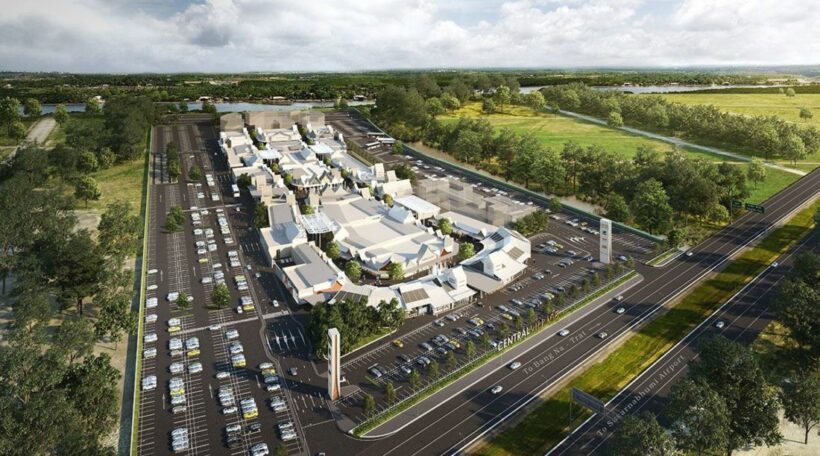