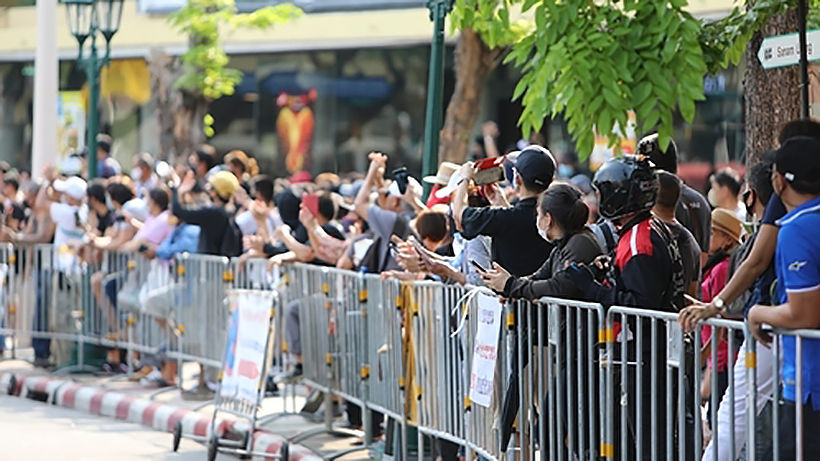 A group of pro-royalist vocational students and their supporters are planning a rally at Bangkok’s Democracy Monument today, possibly provoking a confrontation with pro-democracy students. The student group, calling itself “Vocational Students to Protect the Nation” said on their Facebook page that they will be demonstrating at Democracy monument and voice their opinions on the current surge of pro-democratic student protests which have been sweeping the country for over a week.

In an open letter, the group said the student protests have had anti-monarchy content, which they say is “fake news.” The group says spreading disinformation damages the country, that the royal institution should not be mentioned when criticising the government of PM Prayuth Chan-o-cha, and that such criticism will lead to greater division and conflict within Thai society.

In an ominous warning, the group says that if the anti-government students push the boundaries, it could result in a repeat of the 1976 Thammasat University massacre.

Pro-democracy rallies are also due to be held today, prompting concern from the public and from the PM himself about possible clashes between the 2 groups. Prayut, who is also defence minister, says he’s persuaded the royalist group not to escalate their meeting into a protest, though the group said yesterday it will still read out a statement to protect the monarchy at the Democracy Monument at 4pm.

The premier also asked anti-government elements to stop their protests and find solutions through parliamentary channels.

“There’s no ban on protest. But I do ask that protesters obey the law.”