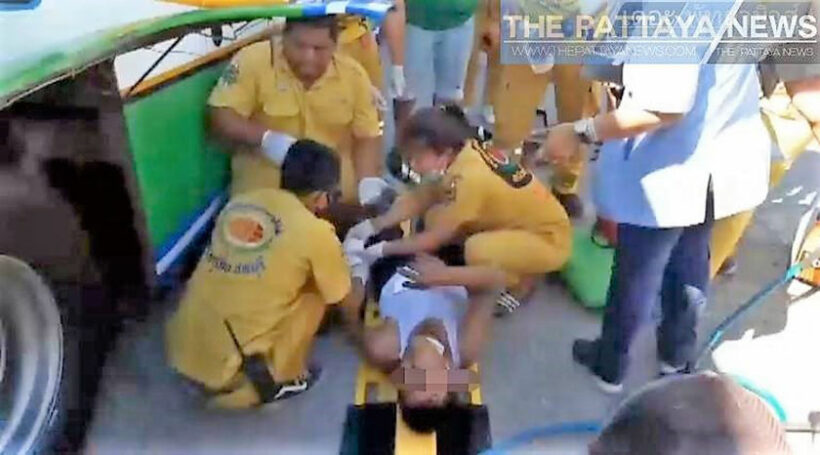 A bus driver in the eastern Thai province of Chon Buri has been seriously injured after becoming trapped under his vehicle while trying to repair it. The Pattaya News reports that 50 year old Samrit Phetphunok was attempting to fix a broken axle when the bus collapsed on him. The incident occurred in the Ban Bueang area of the province.

It took rescue workers nearly half an hour to free the driver from under the bus, after which he was rushed to hospital, where he is being treated for injuries to his ribs. His wife, who has not been named, says her husband had not been able to find a repair shop nearby that could carry out the work on the bus and had decided to try doing so himself.

“We Travel Together” campaign may be extended through 2020