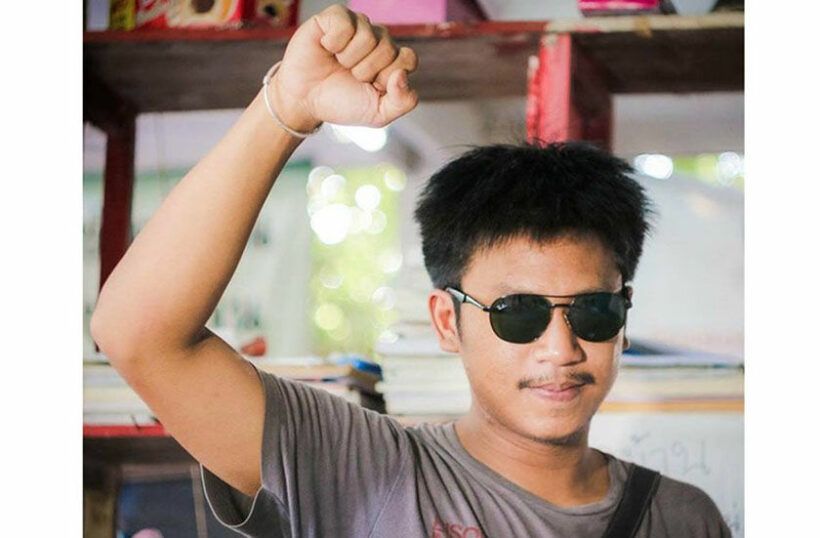 Political activist Jatupat Boonpattararaksa has started a campaign he’s calling “Camp Not Jail” near a Bangkok memorial that commemorates pro-democracy activists who were killed in a 1973 rally in the capital. Jatupat, commonly known as “Pai Dao Din”, has erected a number of tents, where he screens documentaries about democracy to attract the attention of passersby.

Nation Thailand reports that as of this morning, his campaign has attracted a large number of supporters, all of whom are checked by guards as they arrive. Some entrepreneurial stall-holders are availing of the opportunity to set up shop there, with police managing traffic around the area. 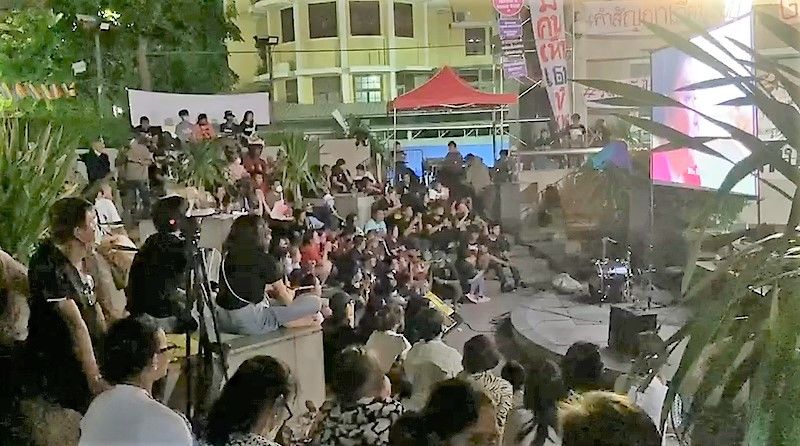 Jatupat has already spent over 2 years in jail in the past, convicted of lese majeste offences and violation of the Computer Crimes Act. This was as a result of him sharing a controversial BBC biography of His Majesty the King. Earlier this week, in a dramatic gesture of defiance, he set fire to his latest police summons at an anti-government rally in the north-eastern province of Khon Kaen. He has condemned the summons as a tactic used to oppress and intimidate government critics, saying he is not afraid of those in power.

With no end in sight to anti-government protests around the country, officials have been clamping down, arresting protest leaders and issuing warnings about defaming the Monarchy.

For their part, protesters have drawn up a 10-point manifesto that, among other things, calls for the dissolution of parliament, fresh elections, constitutional reform, and an end to the intimidation of anti-government activists. Controversially, some factions are calling for reform of the Monarchy, which, up until now, has been a taboo subject in the Kingdom.