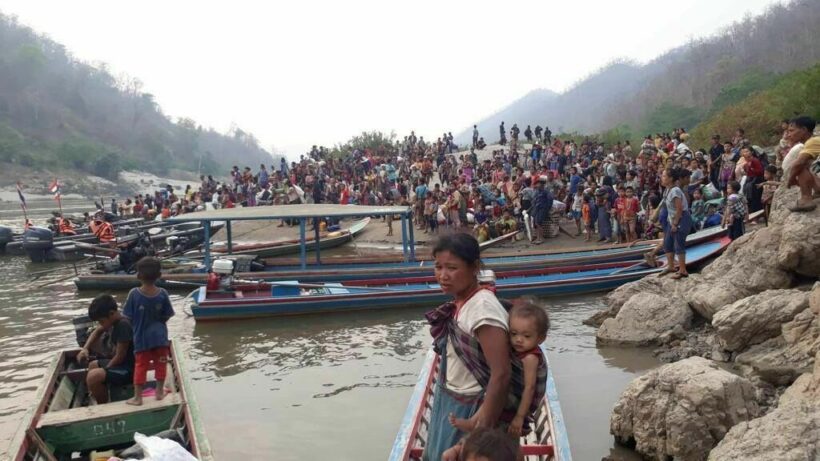 PM Prayut Chan-o-cha says Burmese refugees won’t be turned away, but reports say Thailand has already refused around 2,000 asylum seekers from entering. PM Prayut says the refugees would be let in on humanitarian grounds after more than 500 civilians have been killed since Myanmar’s junta took over in a coup on February 1.

“Thailand will not turn them away. When they are in trouble, we will not deny them entry to our country. However, this does not mean we will declare our intention to allow them in with open arms.”

PM Prayut spoke after the Myanmar army’s air strikes against the Karen National Union last week sent ethnic Karen civilians fleeing across the border to Thailand. Activist group Karen Information Center said 2,009 people are now internally displaced and hiding in the jungle, having been forced back into Myanmar shortly after crossing the border with Thailand. But about 3,000 Karen people were able to flee across the border to Thailand without being turned away.

“After we asked questions (such as) what are their problems in your country, they said, ‘there’s no problem.’ So, since there is no problem, can they just return home for the time being? We didn’t force them (to return) with guns, we even shook hands and blessed them good luck.”

“We have to take care of them based on humanitarian principles. We have a lot of experience… There is no way we will push them back if the fighting is still ongoing. But if there is no fighting now, can they return to their home?”

But when asked about reports that refugees were being denied entry, PM Prayut said it was necessary for authorities to enforce requirements for legal entries.

“If there is a war, that’s another scenario. In the event the situation escalates, leading to deaths and injuries, the government will put in place measures to deal with an influx.”

David Eubank, founder of the relief organisation Free Burma Rangers, said it was the first time in 20 years that airstrikes had been carried out in the area.

Despite the government’s denials, several human rights groups, including the European Karen Network, have criticised the Thai authorities.

“Forcibly sending people back into a conflict zone amounts to refoulement and is against international refugee law.”

Since the February 1 coup by Myanmar’s military, which removed leader Aung San Suu Kyi and her National League for Democracy from elected power, more than 510 people have been killed. And, the violence has been escalating daily as Saturday alone saw 114 people killed.  On Monday, 14 people were shot dead including children and women, according to the advocacy group Assistance Association for Political Prisoners.