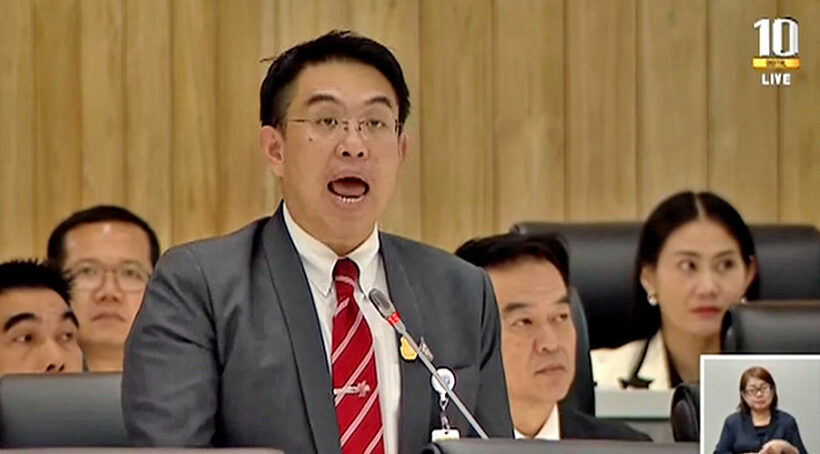 An opposition MP says he’s holding PM Gen Prayut Chan-o-cha responsible for a network of social media that have been allegedly running a cyber campaign against critics of the current government. They accuse the PM and supporters of the government about spreading fake news and derogatory comments about them.

An MP of the now-disbanded Future Forward Party, Viroj Lakkana-adisorn, says the ‘network’ includes specific websites and social media that’s been targeting leaders and supporters of the political party as well as human rights activists in the violence-hit southern regions of the country. Viroj was addressing the allegations during a no-confidence debate that was targeting Thai PM Prayut, who also acts as defence minister.

Thai PBS World reports that he provided evidence from a website, pulony.blogspot.com, which has been publishing information critical of human right activists in southern Thailand. He said the website is linked to a network of social media which routinely re-post its contents. The allegation is that the PM was knowledgable about such activities and that the government was supporting the people ‘gaming’ the information and opinions on targeted websites.

Viroj described the websites as part of the so-called information operation and named the Internal Security Operation Command, the country’s top intelligence and security body, as complicit in the propaganda. He alleged that their operations were under the direct command of the PM and targeting critics of the military and government.

“The purpose is to denigrate these people. To sow seeds of hatred.”

Viroj made his allegations under parliamentary privilege during the ongoing no-confidence debate currently being heard in parliamentary sessions.