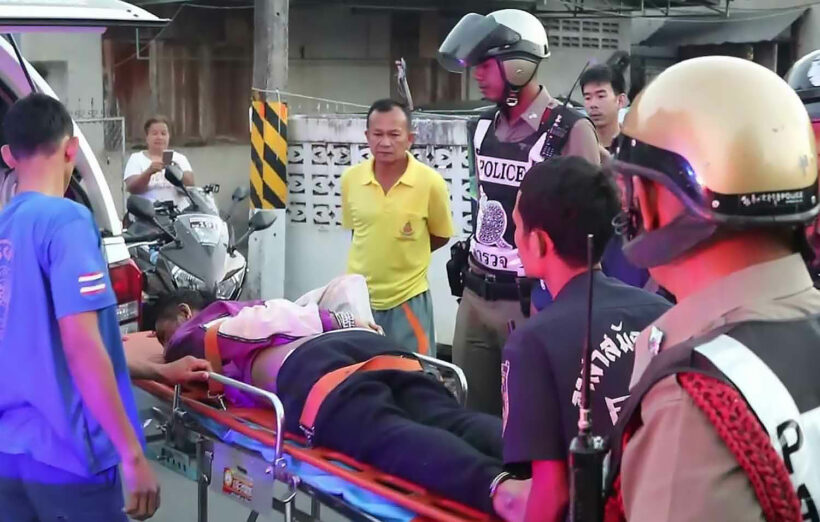 PHOTO: The suspect shot during a gunfight with police in Nakhon Si Thammarat this morning - Nujaree Raekrun, Bankok Post

A fugitive is dead after a gunfight with police in the southern province of Nakhon Si Thammarat. The man, identified as 30 year old Pongsak Jessadarom, of the province’s Muang district, was wanted on three warrants for theft.

Police were notified this morning by local residents of two thieves attempting to break into a house. A motorcycle patrol soon arrived at the scene. When they saw the police, the two opened fire with pistols before fleeing. The patrolmen chased the men into the Palong community. One of the  burglars ran into a house and attempted to take a student hostage, but the boy freed himself and got away.

The man, later identified as Pongsak, began firing on police and a gunfight erupted. He was shot several times before being arrested. He had a short shotgun and a 9mm pistol.

Pongsak was rushed to hospital, where he was pronounced dead.

The other burglar fled, and is still at large.