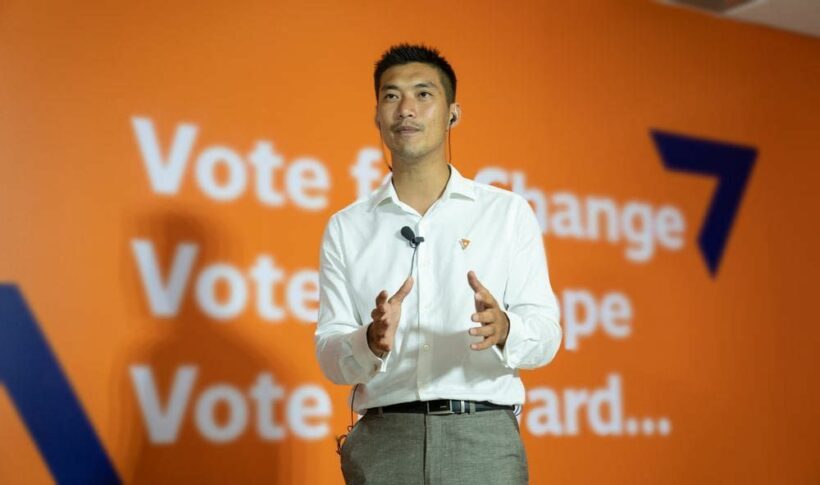 A recent NIDA survey has named Thanathorn Juangroongruangkit “the most suitable person” for the post of Thai PM and his Future Forward Party as the best party to lead the country. The survey by the National Institute for Development Administration, or NIDA Poll, was conducted between December 18 – 20 on 2,511 Thai adults of various occupations and levels of education.

Slightly more than 31.2% of respondents supported Thanathorn, saying they want a new generation to lead the nation (numbers are rounded to the nearest tenth of a percentage point).

The current PM Prayut Chan-o-cha was well behind in the survey with support from 23.7% of respondents who say he is honest, can help the people and will keep the country at peace.

The numbers drop off sharply after that, the next nearest being 11.9% for Khunying Sudarat Keyuraphan of the Pheu Thai Party. In all, 18 people from nine parties were named, with the lowest approval rate at 0.04% for four candidates.

An additional 17.3% said none of the current players are suited for the post, while 3.4% were not interested or had no opinion.

Asked to name a political party, 30.3% of respondents supported the FFP; 19.9% said the Pheu Thai Party; 16.7% named the Palang Pracharath Party; 10.8% for the Democrat Party; 2.4% for the Bhumjaithai Party; 2% for the Seri Ruam Thai Party; slightly less than 1% for the Chartthaipattana Party. All the other minor parties scored less than 1% support from respondents.

The remaining 13.4% didn’t support any party and, 1.6% weren’t interested or had no opinion.