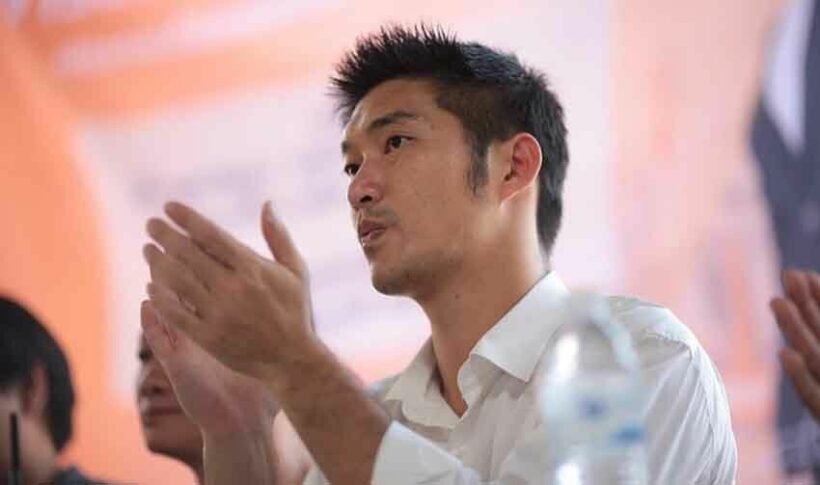 Thanathorn Juangroongruangkit, the leader of the now-dissolved Future Forward Party, is facing new trouble with 2 new lese majeste charges. The charges come from statements he made months ago about AstraZeneca being produced domestically in Thailand by Siam Bioscience, a company wholly owned by a subsidiary of Crown Property Bureau. Section 112 of the Criminal Code, also known as the lese majeste law, makes it an offence to insult, defame, or criticise the monarchy and carries a penalty of up to 15 years’ imprisonment.

Thanathorn had previously faced lese majeste charges over similar subject matter in March from when he spoke in a live Facebook stream in January questioning the wisdom of putting all of Thailand’s vaccination hopes in the hands of one company.

In responding to reporters, Thanathorn insists he was merely questioning the government’s process and didn’t say anything that would defame the monarchy. The government attempted to ban and remove the live stream but their efforts were rejected by the Criminal Court.

A lawyer for the former leader said that the new charges from the same January 18 Facebook live stream where he criticised the government’s handling of vaccines in Thailand. Just 10 days ago police in Phahon Yothin called on Thanathorn to appear and face another lese majeste charge filed by a legal advisor for Palang Pracharat, the ruling party in power now. He believes those charges are also related to his strong stance against the government’s handling of vaccine procurement and distribution, but the exact details of those charges were unclear.

In a Twitter post, he vowed to come to Thailand and address the charges after an event abroad he is currently participating in. Thanathorn is in France now, participating in the Ultra Trail du Mont Blanc, a foot race marathon taking place from August 23 to August 29, in which the former leader is representing the country of Thailand.

js89
So let me get this right: criticizing a private company is regarded as lese majeste just because the Crown Property Bureau holds shares in it? So by this standard, writing a bad review on a Siam Kempinski hotel stay or…

Lowseasonlover
4 hours ago, js89 said: So let me get this right: criticizing a private company is regarded as lese majeste just because the Crown Property Bureau holds shares in it? So by this standard, writing a bad review on a…
D2B2
Weak leaders resort to threats and make laws to cover their corruption. Real man stand up to their intimidation.  Thanathorn is a giant, when compared to the “tiny” men whose corruption he threatens to expose.

Rain
6 hours ago, js89 said: So let me get this right: criticizing a private company is regarded as lese majeste just because the Crown Property Bureau holds shares in it? So by this standard, writing a bad review on a…

gummy
2 minutes ago, Rain said: It's all quite ludicrous and insane. Completely and I would never open an account at SCB

Traveling abroad? This helpful tool lets you check visa requirements all at once