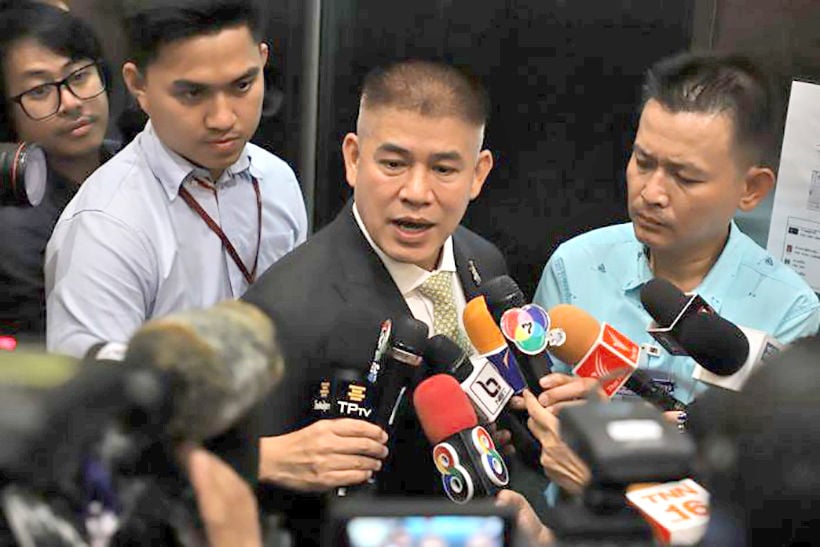 MP and Deputy Agriculture Minister Thammanat Prompao is no stranger to controversy, and this week he appears to be back in the hot seat, again, as opposition MPs have filed a petition challenging his ministerial status and his post as an MP. Thailand’s Constitutional Court has accepted the petition for consideration. But the Court rejected the demand by the 51 petitioners to suspend Thammanat from performing his duties as an MP and Cabinet Minister on the grounds that there is no current justification.

The petition claims Thammanat was convicted of drug offences and served 4 years in prison in Australia, and is thus disqualified from being an MP or Cabinet Minister in Thailand, citing Sections 101 and 98 of the country’s Constitution. In September 2019 Thammanat claimed, in the Thai Parliament, that he was acquitted of the drug charges by the court in Australia in 1993 after agreeing to a plea bargain, and was sent to work on a farm.

In February Thammanat re-ignited the controversy over his drug convictions in Australia by continuing to insist he “never pled guilty or served jail time for drug charges in Australia.” His claims are contrary to the evidence provided by the Australian courts and reported by respected news outlet ‘Sydney Morning Herald’.

The minister’s denial follows the disbanded Future Forward Party publishing an Australian court ruling on its Twitter account. The tweet confirmed Thammanat’s guilty plea and jail sentence for heroin trafficking in 1995. The tweet read… “Whoops! Dropped some files. Giving out files of evidence to rip off Thammanat’s mask, who lacks the qualifications to be an MP.”

Khaosod English reports that, under Thai law, a person convicted of drug offences cannot serve as a minister in the Thai government.

Responding to questions in Parliament, Thammanat said “I did not admit to importing, exporting, producing, or selling heroin.”

Thammanat later came under fire from a member of the core government party, Palang Pracharat, demanded he resign from the cabinet after one of his aides was implicated in the hoarding of face masks in March, in the early days of the Covid-19 pandemic. In September his academic credentials were also called into question.