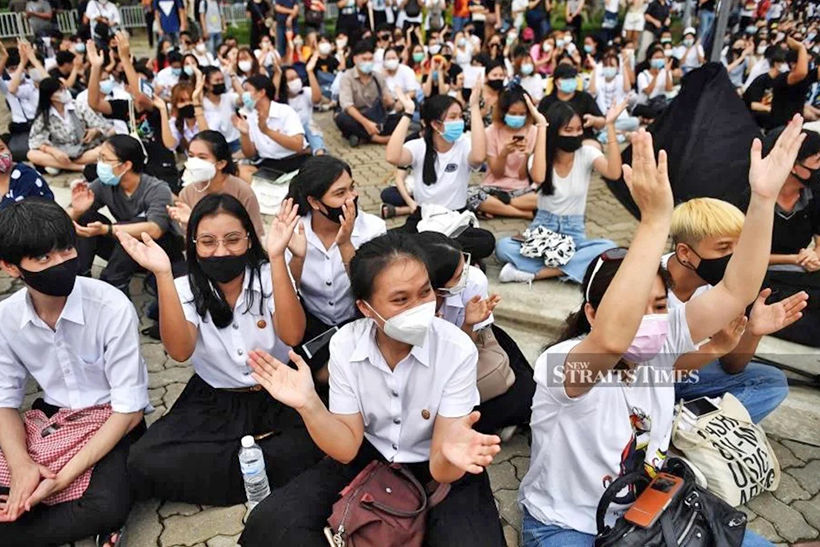 Pro-establishment Chulalongkorn University today abruptly cancelled a planned student protest at its Phra Boron field, citing “security and safety issues”. Nevertheless, student protesters told reporters the protest will go ahead despite the ban. Today’s is the latest in a series of anti-government rallies planned by students for the coming weeks. Student-led protests have swept the country since July, with demonstrators calling for a rewrite of the military-drafted Constitution, the dissolution of parliament, and the end to the harassment of activists by the state. More recently they’ve increased their demands to a 10 point manifesto.

As the rallies continue, some speakers are beginning to touch on the role of the Thai Monarchy in politics, a highly politically charged subject and deeply taboo in Thai culture. Chulalongkorn said it’s cancelling the because there’s not enough time to ensure the safety of students and to ensure that protest doesn’t touch upon the Monarchy and carried out in accordance with the law.

Student leaders told Thai Enquirer that it’s a “shrewd move” by the university but they’ll be carrying out the protest regardless.

“It is a calculated move by the university. The protest will go ahead, so they’re actually putting more students at risk by cancelling the protest and threatening grades.”

The university has not replied to requests for comment.