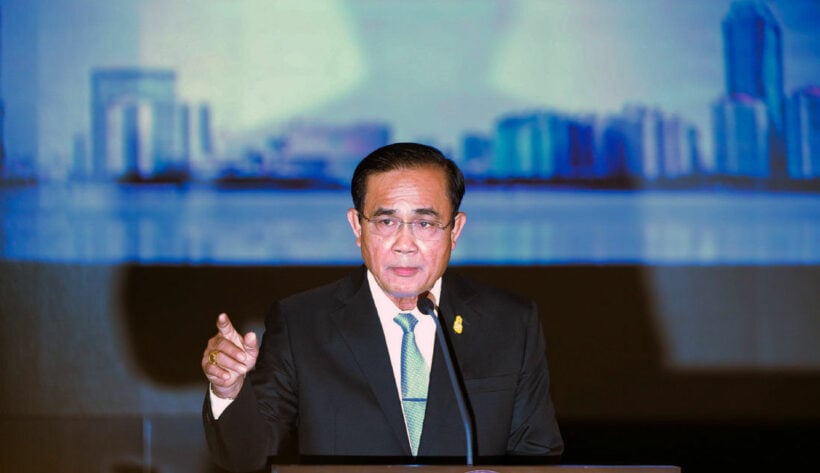 But he’s the Prime Minster of Thailand and he faces up to the new parliament tomorrow and Friday for the first two days of debate.

All eyes will be in the PM to see how he handles the predicted cut and thrust of parliamentary debate. Always prickly with detractors and people arguing with him, Prayut’s short fuse will be put to the test by the opposition who will surely try and ‘push his buttons’.

Planning to make the most of the 13.30 hours allocated to them, 80 opposition MPs are getting ready to attack the PM and his Cabinet members, according to opposition whip Suthin Klungsang.

The coalition government, meanwhile, has insisted that each and every MP on its side has to be present in Parliament for the debate. Thai parliamentarians haven’t enjoyed a very good record on attending parliament in the past.

Suthin said the opposition will not just focus on government policies, but will also question the qualifications of the ministers, though he added that they will only focus on facts and not bring up personal issues, so the other side doesn’t start protesting.

He added that the government, opposition and senators have all agreed that the time allocated for debate will be reduced if the person debating at any given time is interrupted.

Suthin also warned senators, saying they should stick to their job of scrutinising as set by the Constitution, and avoid defending the government side.

Meanwhile, Democrat MP Chinnaworn Boonyakiat, said his party has been allocated 63 minutes for debate and will focus on clarifying the policies it promised during the election campaign, in their role as a coalition member of the new government.

Government whip Wichian Chawalit said he was confident that Prayut will be able to deal with all the attacks from the opposition.

“They must not play foul.”