Bangkok’s deputy governor says he has received approval from the BMA (Bangkok Metropolitan Administration) to raise fines imposed on motorcyclists caught driving on Bangkok’s sidewalks from 1,000 to 2,000 baht, starting next month.

He said he was unhappy that a number of motorcyclists are still using the city’s footpaths as shortcuts, despite the existing 1,000 baht fine. The BMA says it will also release a mobile phone app so citizens can send in photos and help identify the illegal motorcycle riders.

Motorcycles are still a popular way to get into Bangkok’s busy areas and and city side-roads, but motorcyclists frequently ride up on the footpaths posing a risk to pedestrians. This rise of the motorbike courier and food service motorbike businesses has also added to the numbers of business motorbikes around the city, usually in a rush.

It is reported that the BMA raked in over 11 million baht from 14,678 of the 20,659 motorcyclists caught on the pavements over the pst 12 months. 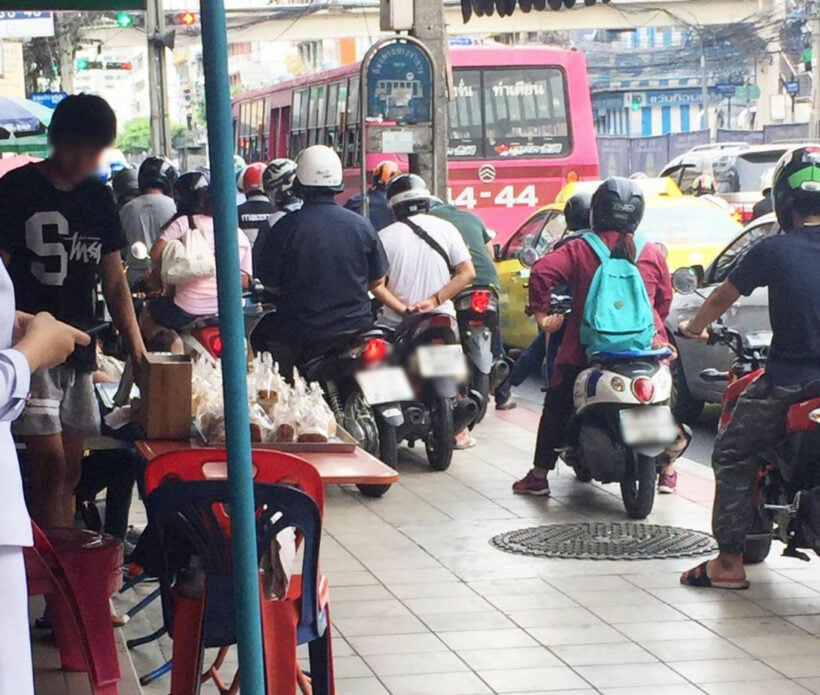