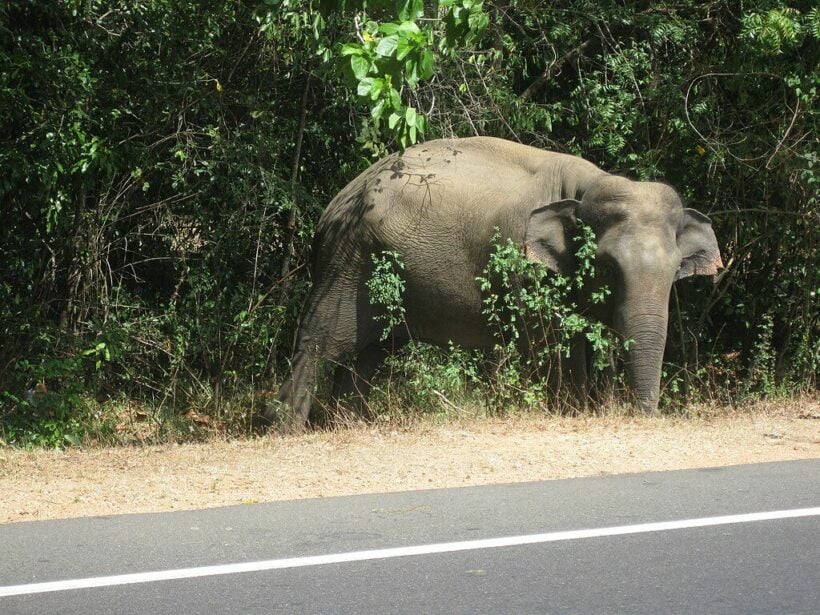 PHOTO: A man stopped to feed an elephant and was trampled to death

A man in Nakhon Ratchasima, north east Thailand, has lost his life yesterday when he pulled his car over to feed an elephant that then trampled him to death. According to Mu Si police, Rachan Theerapittayatrakul had stopped his pickup truck near Thanarat Road when he saw an elephant tied to a tree by the roadside and attempted to feed him some sugarcane at 7:50 am.

The incident took place by the Jungle House Khaoyai Resort in Pak Chong district. The man’s body was recovered with multiple fractures, trampled to death by the female elephant known as Cherry. The 55 year old sanitation technical officer had been on holiday with his wife and daughters when the incident occurred.

The mahout, the trainer of the elephant, said that she had never been violent and had spent years living by the resort where she would go each morning to meet tourists and offer elephant rides. The trainer said they didn’t know what had occurred as they had left the elephant tied to a tree near the road while they were busy mowing a nearby lawn. When they returned to the elephant, people were gathered nearby around the man who had been trampled to death.

No determination had been made yet for the cause of the attack, though it appears that the man just got too close to the elephant when attempted to feed her and she attacked. A similar trampling occurred 3 months ago in Khao Yai National Park only a few minutes up the road.

In an unrelated story, 3 elephants tied up in Chiang Mai were killed by falling trees after a powerful storm in tambon Mae Win. The elephants, along with three others who were injured in the same storm, were cared for by the Save Elephant Foundation. The strong storm did damage to 50 homes in the area. The elephants who died were a 50 year old male, a 40 year old female and her 3 year old calf.