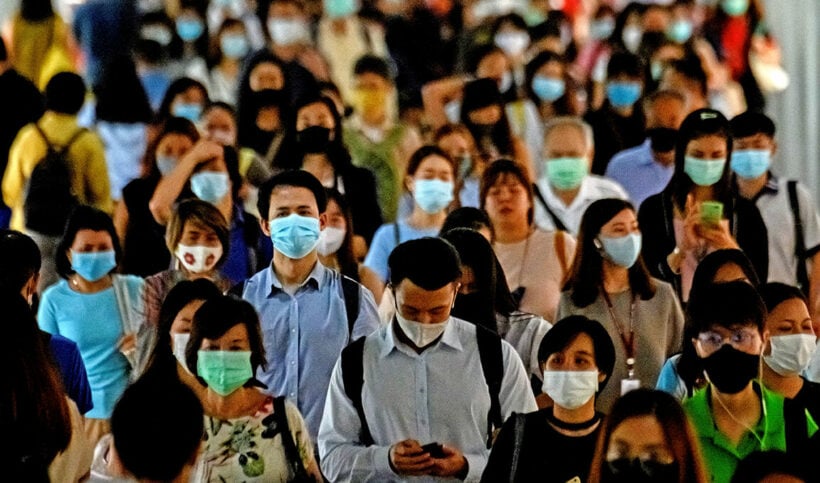 Today the CCSA announced 1,582 new Covid infections across Thailand in the past 24 hours. The small increase on yesterdays total will provide the CCSA with the information they need for this afternoon’s scheduled meeting, chaired by the Thai PM. It is expected that they will announce new restrictions but are unlikely to go for total lockdowns of provinces or ‘at risk’ districts. The Thaiger will bring this information to you ASAP after it is announced.

Here is the list of the current 18 red zone provinces which could have their restrictions raised at this afternoon’s meeting of the CCSA. Read more HERE.

Since April 1 there has been a steady growth of new infections, described as the third wave in Thai media – much higher than the number of daily infections in the first and second waves.

During Songkran the case numbers have been…

67 people are currently reported to be in a “serious condition” relating to their Covid status. 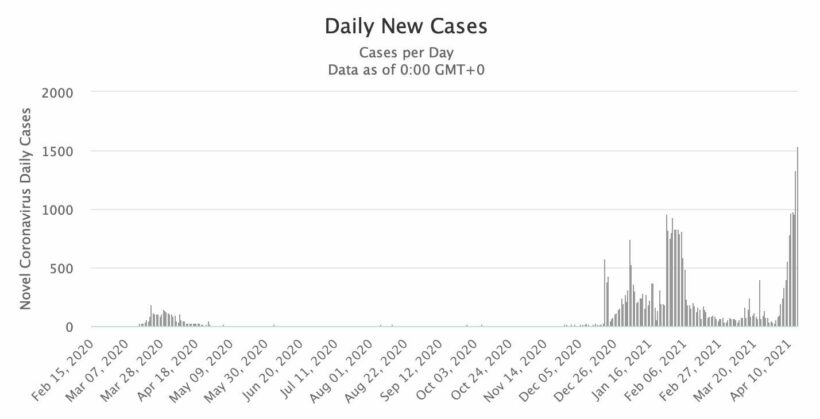 Around the world there is a new surge since substantial drops at the start of this year, in both daily infections and deaths. The number of deaths will exceed 3 million, worldwide, today, since the start of the pandemic. 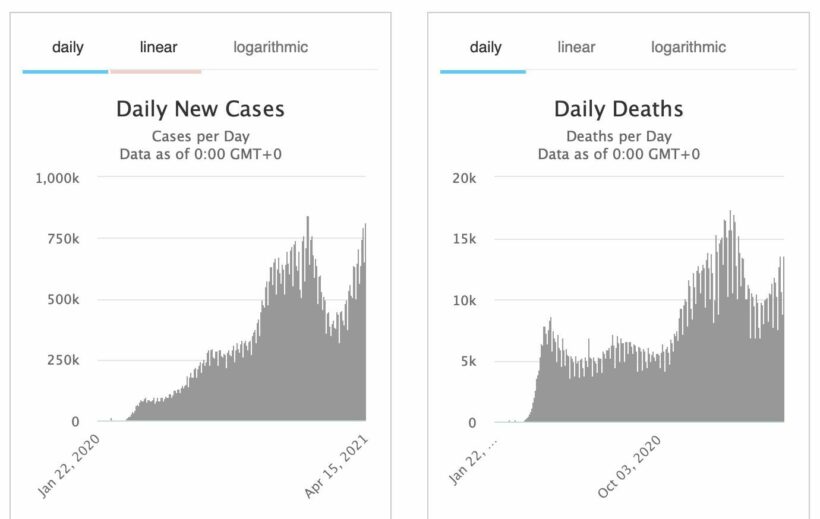 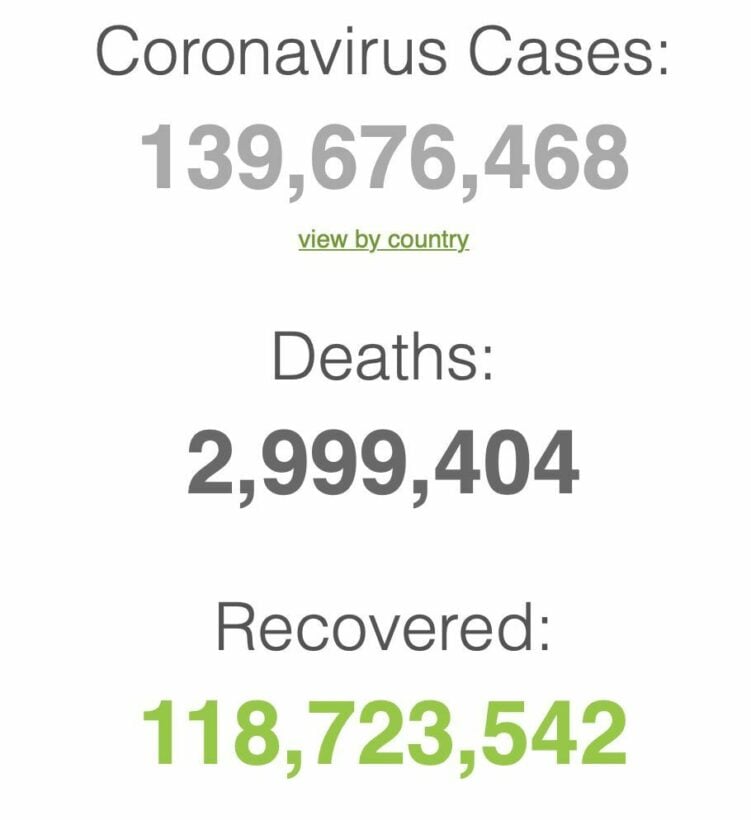