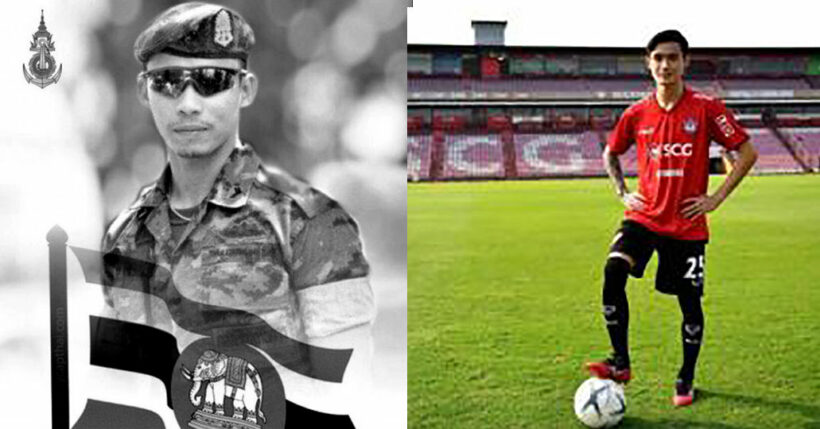 A second rescuer, who was part of the enormous international rescue effort to save the lives of 13 young men trapped in Tham Luang cave in June last year, has died. The Royal Thai Navy made the announcement yesterday.

The Bangkok Post reports that Petty Officer First Class Beirut Pakbara has succumbed to a rare blood infection that he contracted during the rescue mission. It’s understood he had been receiving specialist medical treatment for over a year, but his condition had recently deteriorated.

A burial ceremony was held in Satun, southern Thailand, yesterday, and Sutipong Yousabuy from the Air and Coastal Defence Command says anyone who wishes to donate in Beirut’s memory can do so by bank transfer to Bank of Ayutthaya account number 7701096971, under the name, “PO first class Suthipong A.”

The deceased officer will be promoted to the rank of lieutenant and receive a royal decoration, with 465,000 baht being awarded to his family, in addition to any donations received.

He is the second rescuer to have died as a result of the risky endeavour that made headlines around the world. Navy Seal Saman “Ja Sam” Gunan died inside the cave as he was refilling oxygen tanks used in the mission. There is a statue in his memory now installed just outside the mouth of the Tham Luang cave.

Twelve young footballers aged between 11 and 16, along with their 23 year old coach, became stranded in the Tham Luang-Khun Nam Nang Non Forest Park, just out of Chiang Rai, in northern Thailand when the cave filled with floodwaters following heavy monsoonal rains.

The subsequent successful rescue of all thirteen by a team of Thai and international rescuers made headline news around the world and is the subject of several films and documentaries.