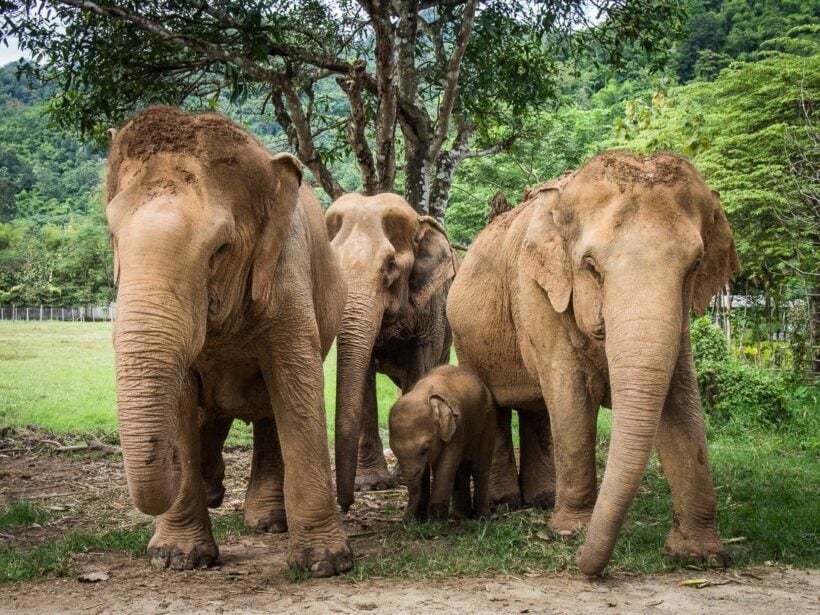 After more than ten years with a ban on the export of Thai elephants, Thailand’s Foreign Trade Department is now poised to ease restrictions paving the way for the export of the protected species for ‘non-commercial purposes’.

The director-general of the Foreign Trade Department, Mr. Adul Chotenisakorn, says the Ministry of Commerce issued a new regulation on April 10 to set the guidelines for the export of Thai elephants.

It says live elephants can be exported for research or for the promotion of bilateral relations between Thailand and the recipient country. The export of elephant products or parts for research, or to be kept as archaeological or artistic objects, will also be allowed. The elephants to be exported must also be legally registered.

But Mr. Adul says that since elephants are a protected species and are regarded more highly in Thailand than the other animals, the export issue is sensitive and, hence, the need for all stakeholders to be informed and to share their opinions about the issue.

For the elephants to be exported, he said that it must be assured that they will be treated properly by experts in accordance with the standards set by the World Association for Zoos and Aquariums and The Convention on International Trade in Endangered Species of Wild Fauna and Flora (CITES).

According to the Department of National Parks, Wildlife and Plant Conservation, there are about 4,000 wild elephants spread over seven forests in Thailand, as well as hundreds of domesticated elephants which are mostly used for in the tourism industry. The number of wild elephants has recently been rising, at a rate of about seven percent annually.

Cannabis is not a cure-all, doctors warn