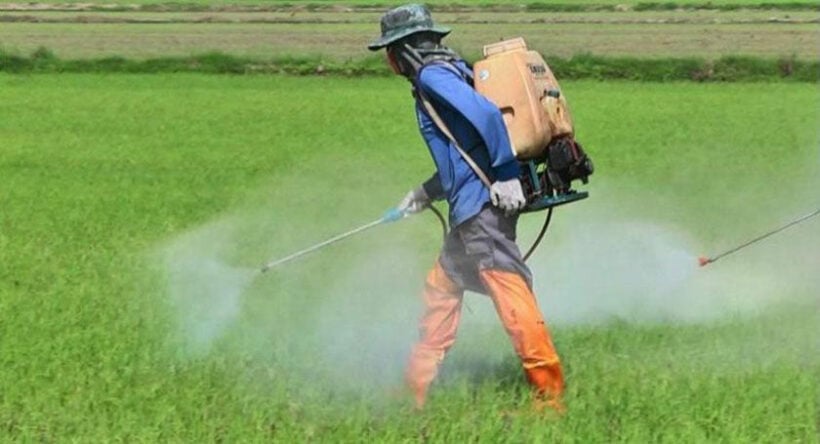 As officials continue to debate a recently-introduced ban on paraquat and chlorpyrifos, the PM, Prayut Chan-o-cha denies the government is split on the matter. He points out that coalition governments will always have differing viewpoints and that such differences will not affect the administration’s overall unity. Currently Glyphosate hasn’t been included in the ban.

“Our core priorities are public health and welfare. And the truth is, any drastic changes do take time and we have to go step by step. The government will choose the best way to improve the safety of both farmers and consumers. All parties involved will therefore have to find a way to move forward.”

The statement comes after Chalermchai Srion, from the Ministry of Agriculture and Cooperatives, submitted a petition to the National Hazardous Substances Committee, calling for a limit on the use of the chemicals, rather than an outright ban. Chalermchai is a member of the Democrat Party, whereas the Public Health Minister, Anutin Charnvirakul, who fully supports the ban, is from the Bhumjaithai Party.

According to a report in the Bangkok Post, Anutin says that, with the ban now incorporated into Industry Ministry regulations, it cannot be easily overturned. He adds that in discussions with Chalermchai, the Democrat Party MP says he was simply following the wishes of the country’s farmers in submitting the petition and that it did not necessarily reflect his own views.

Meanwhile, the opposition has seized on signs of potential discord, with Chawalit Wichayasut from the Pheu Thai Party calling on the PM to clarify the government’s official stance on the matter, rather than acting as a go-between for parties both for and against the ban.

“The fact of the matter is, more than 90% of those who advocate the use of these dangerous farm chemicals usually hire poor and ill-informed workers to handle the substances. It is them who suffer the serious health consequences. Some of them have even had to have their legs amputated because of complications from repeated exposure, leading them to become disabled.”

Chawalit adds that a study carried out by Naresuan University, in the northern province of Phitsanulok, shows that paraquat can infiltrate underwater springs, potentially affecting the safety of tap water.