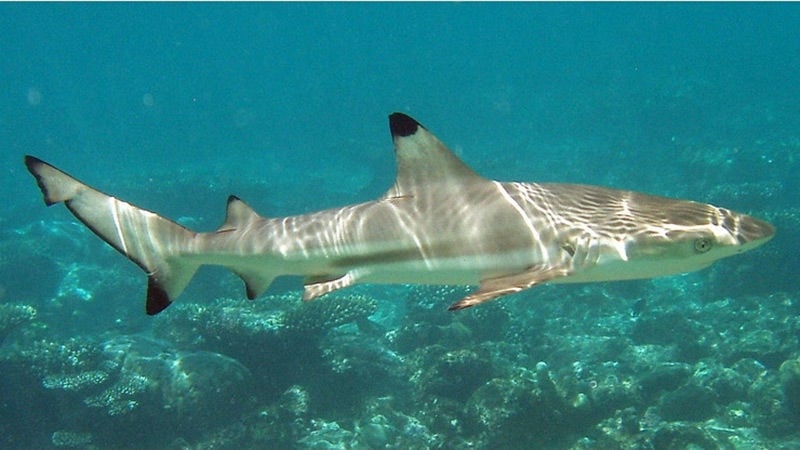 Marine biologist Thon Thamrongnawasawat, insists Thailand must place all shark species on its list of endangered animals. His warning is accompanied by Facebook photos showing chopped up blacktip reef sharks being sold on Koh Lanta, in Krabi province.

As black tip reef sharks are not listed as endangered, no law is currently being broken. And while the waters around Krabi are considered a wildlife conservation area, sharks that are less than 50 centimetres in length may be caught.

But Thon warns that such practices are threatening many shark species, including hammerheads and leopard sharks.

“The number of sharks in Thai waters has been decreasing rapidly in recent decades. I have been urging government agencies for years to change this rule and list sharks as endangered, but sadly most people still don’t realise the importance of shark conservation.”

Thailand’s marine life is a huge tourist attraction, bringing scuba divers from around the world to the Krabi region, where the population of blacktip reef sharks is currently the largest in Thailand.

But Thon is concerned that these numbers are threatened unless urgent steps are taken.

“I posted these two pictures so you can see and decide for yourself where the sharks belong – in an iced cooler or in the sea.” 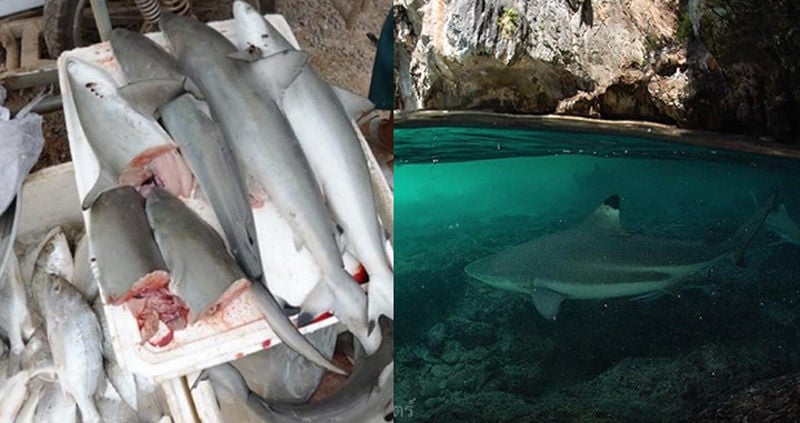 Another baby dugong dies in Thailand