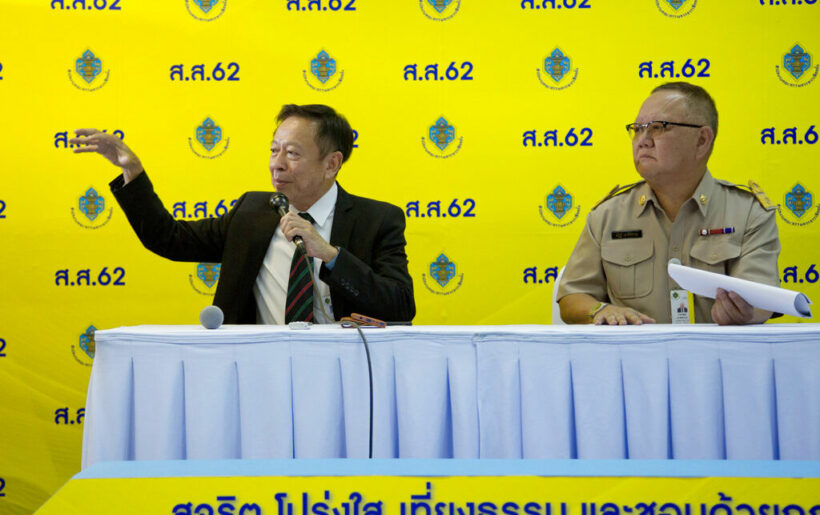 PHOTO: Trying to explain the unexplainable

Most Thais are unhappy with the party-list seat announcements and the perceived nepotism in the selection of parliamentary Senate members.

A majority of respondents in a Suan Dusit Poll disagree with the ‘formula’ used to calculate party-list seats and with cabinet ministers and members of the military junta taking up new roles in the Senate.

On the EC’s endorsement of party-list MPs, 75.4% of the respondents say they disagreed with it, reasoning that many sides believe the method used by the EC to calculate the party-list MPs was unfair to many parties and gave little value to the voice of the majority.

The Suan Dusit Poll gauged the opinions of 1,187 people nationwide between May 7–11 regarding the EC’s endorsement of 149 party-list MPs and 349 constituency MPs, as well as the resignation of 15 cabinet ministers and others ahead of the announcement of the full list of 250 senators.

The poll shows 83.2% oppose the resignations, in order to clear the way to become senators, because they don’t want the ministers to be used to prop up the stability of a Palang Pracharat-led coalition government.

85% of the respondents also disagree with junta members joining the Senate for the same reason.

75.4% of those surveyed disagree with the EC’s endorsement of 149 out of 150 party-list MPs on the grounds that the EC’s allocation formula is being challenged by many people and parties.