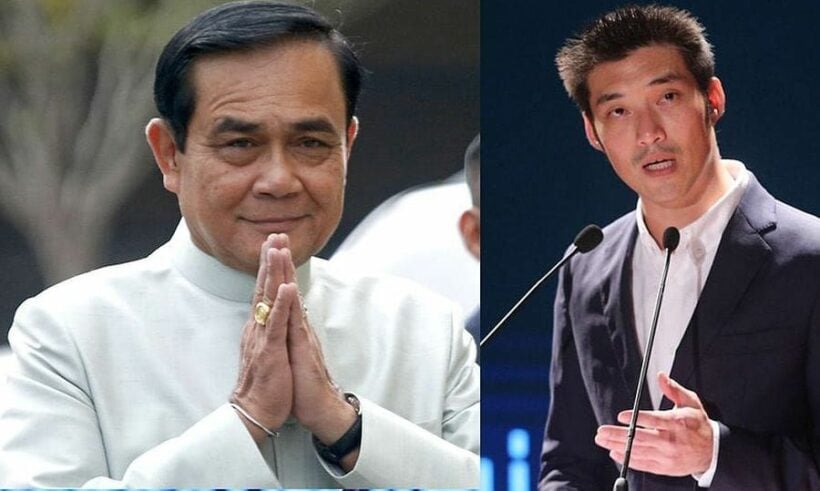 “The current PM, Prayut Chan-o-cha did not attend today’s proceedings.”

The Future Forward leader, 40 year old Thanathorn Juangroongruangkit, and NCPO chief and current PM Prayut Chan-o-cha have been formally named as candidates for the position of Prime Minister by their parties in Parliament this morning.

They were the only two names put forward after the new House Speaker (and former PM) Chuan Leekpai asked the assembled MPs for nominations, setting the stage for the two-man showdown.

Despite the theatre of today’s parliamentary session, the current PM has already secured the votes coming into the joint-parliamentary poll after the Democrats decided to side with the Palang Pracharat coalition late yesterday.

Parties will now undergo the usual process of debating and challenging each other before a vote is called. House Speaker Chuan is yet to set an time for the vote on the nation’s top job.

This morning and early afternoon the Parliamentary MPs have been speaking in support of their nominated candidates and a vote for the PM will likely take place later this afternoon.