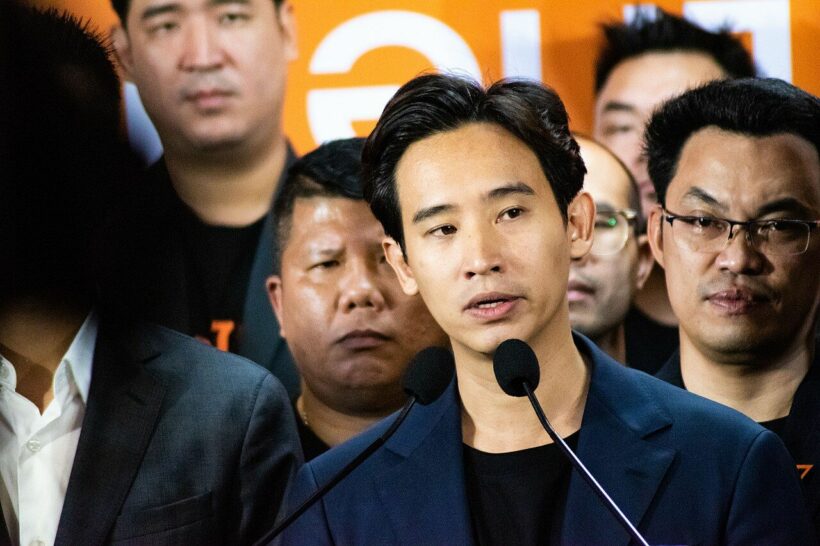 PHOTO: A new poll shows people want an election now and Prayut would lose to Pita Limjaroenrat. (via Wikimedia)

A new Suan Dusit Poll conducted by Suan Dusit Rajabhat University revealed that the majority of Thai people are ready for a new general election and think early 2022 is the time for it. Over 70% of people surveyed felt that Thailand is ready now for new elections, while only just under 23% opposed the idea, with just under 7% unsure. The poll also showed PM Prayut Chan-o-cha would lose an election held now to Move Forward Party leader Pita Limjaroenrat.

The poll interviewed 1,186 people online between October 25 and October 28 about their opinions regarding PM Prayut and many MPs and political leaders making their rounds touring areas of Thailand and meeting people. Many view this as thinly veiled campaigning that might be hinting at a forthcoming general election, possibly in the near future. The poll asked people around the country what they thought about a new upcoming election with multiple responses allowed and gathered online.

JUDGING FROM THE OVERALL CURRENT SITUATION, IS IT TIME FOR A NEW ELECTION?

WHO DO YOU WANT TO BE PRIME MINISTER IF THERE WAS A NEW VOTE?

WHAT DO YOU SEE FROM THE CURRENT MOVES BY POLITICAL PARTIES AND POLITICIANS?

WHAT IF THERE WAS A NEW ELECTION NOW?

WHAT POLITICAL PARTY WOULD WIN THE MOST MPS IN THE ELECTION?

Foreigner
Thats cool. I wonder why the need to post the BS on a forum that seems to be for foreigners. If we don't count (you're right there), why propagandize at us. It's not a real democracy, most in the country…
Griff1315
On 11/1/2021 at 1:09 AM, Bangkok_Gary said: The snake I think you are referring to is worth $43 billion. No He has 43 Billion  Hes not worth a $hit
Griff1315
21 minutes ago, Poolie said: On here you can do what you wish, and enjoy yourself, within reason. But its pretty pointless expecting anything to happen. I'm a neutral. I go with the flow. Yeah as long as going with…

Fluke
On 11/2/2021 at 1:53 PM, Yinn said: correct. But also have a rule one side can not have too many vote. Have maximum. Cap. Party seats are distributed by a system that “caps” the total number of seats any one…

gummy
6 hours ago, Fluke said: Thai people just dont do democracy.  If either the Reds or Yellows wins , the other side will be out on the streets bringing the Country to a standstill  .   Thai people either need…