Thanathorn had prepared some 27 items of evidence to prove to the poll authority that he had divested his media shares on January 8, well before he registered to run in the election that took place a month later.

A defiant Future Forward leader Thanathorn Juangroongruangkit emerged from yesterday’s marathon ‘chat’ with the Election Commission over charges he still owned shares when he ran as an MP and prime ministerial candidate in the March 24 election.

Thanathorn told the press he had no trouble clarifying the issue. “I’m very carefree and confident. I didn’t have to prepare much for today. I only have to insist on the truth.”

“I’m confident that I will be endorsed as an MP when the election results are announced on May 9.”

Thanathorn yesterday was accompanied by at least 80 colleagues, who would also become MPs, including party secretary-general Piyabutr Saengkanokkul who was a law professor before joining politics.

Scores of supporters were also present to provide the politicians moral support at the EC office. While the accusers were nitpicking about the transaction, Piyabutr asserted that the only worthwhile point was the transfer of shares was done on January 8, which was before MP registration and hence Thanathorn should not be disqualified.

Piyabutr said the party had evidence that the shares of the 11 other party members had already been transferred and he believed they would eventually be cleared.

After meeting with the EC for over three hours, Thanathorn said the EC’s investigation committee had been unable to explain why the transaction had become an issue when the transfer was done before MP registration. Thanathorn said he firmly believed the lawsuit was politically motivated.

Meanwhile, the ex-law professor Piyabutr also said the party would sue the agency for negligence of duty.

“The charges against Thanathorn may have been unlawful. The EC should have allowed Thanathorn to clarify the matter before pressing the charge.”

Meanwhile, Future Forward secretary-general Piyabutr Saengkanokkul warned Mr. Srisuwan, without naming him, that he could face charges for making false statements against the party’s candidates, adding that all candidates implicated by Srisuwan had disposed of their media shares before they registered their election candidacy and, in some cases, the media firms had folded prior to the deadline. 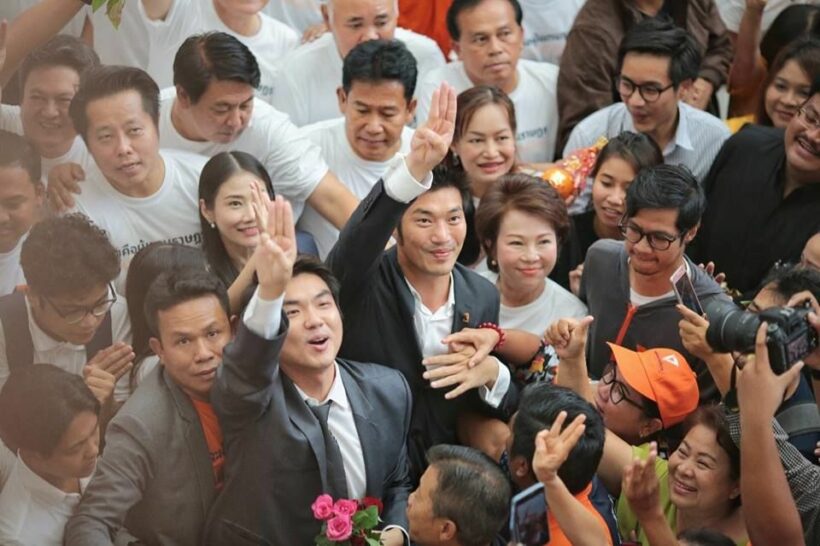 Royal Coronation ceremonies in the inner sanctum of the Grand Palace