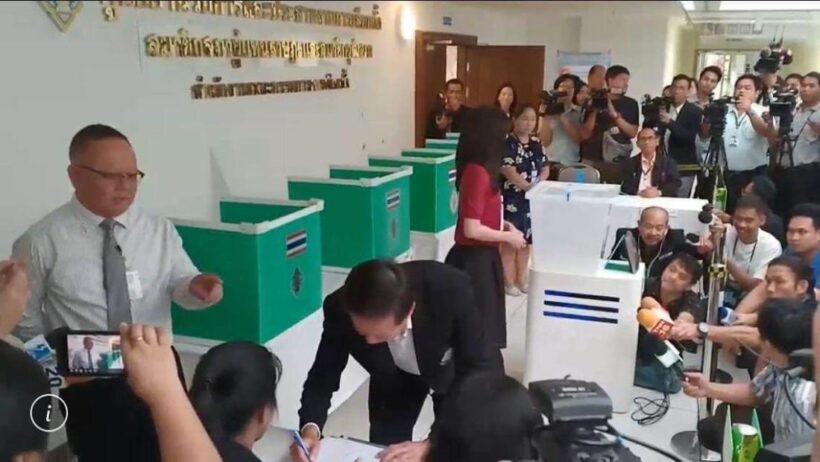 Five weeks after the country’s first general election since the 2014 military coup, the Election Commission has now officially endorsed 349 successful constituency candidates for the Lower House of Parliament, minus one.

The EC’s deputy secretary-general, Sawang Boonmee says the vacant spot is for a Chiang Mai province constituency that will have a by-election later in May after the March 24 winning candidate was disqualified.

The other 150 party-list MPs will be announced by the end of this Thursday.

However, not all of the 349 candidates to be seated in the House of Representatives are yet fully in the clear, as Sawang said disqualification remained possible even after they had taken office. Currently, there are still some 40 cases being investigated by the EC, involving MP disqualification and electoral fraud.

By Thursday, the agency will also reveal the 150 successful party-list MP candidates to make up the remainder of the 500 member chamber, he said. However, the question of the method used for the allocation of party-list seats is still pending in the Constitutional Court.

Sawang said the EC had to announce the election results by Thursday, as required by the Constitution.

The electoral agency already has plans for whatever method it might have to use after the Constitutional Court rules on the basis for party-list seat calculation, he said, declining to disclose those plans.

60 NLA members resign to become Senators in the new parliament