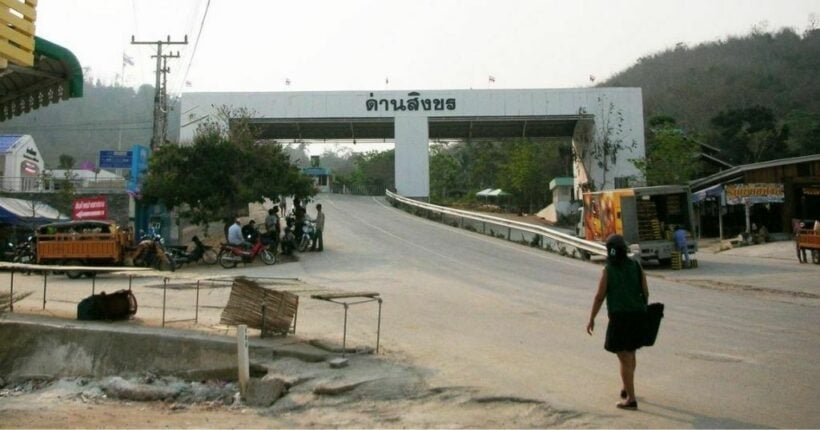 Photo by Xufanc via Wikipedia

Myanmar had closed down all of the checkpoints along the Thai-Myanmar border since April 23. Business owners have cried foul saying that they might lose up to 500,000 baht per day and wanted the Thai government to coordinate with Burmese authorities to solve the problem.

After the car bomb exploding on the first Thai-Myanmar Friendship Bridge on April 23, Thai officials fear that the situation along the Thailand-Myanmar border could become more unpredictable and serious. Today Myanmar border officials have responded by also closed the checkpoints along the border. The closure affects businesses on both sides because they hadn’t been informed in advance and ended up with a lot of their produce spoiling because it was unable to be delivered.

Thai media visited the Singkhon Pass Border Checkpoint in the west of Prachuab Khiri Khan province and interviewed the owner of a frozen seafood company. The owner said that the frozen products from Myeik province of Myanmar were expected to arrive because the company had ordered them days in advance. He said the products will go rotten due to the closure. Another business owner said he had ordered shrimp from Myanmar valued at 1,000,000 baht, and he’s lost it all because it can’t be delivered.

Lots of other businesses have shared their stories of loss because of the closure and added that some trucks were now stuck at the border and unable to enter Thailand. They wanted the Thai government to discuss and agree with Burmese authorities to allow the shipment of the products that were already ordered or on the way.

The Thai-Burmese border is around 2,500 kilometres long with countless official and unofficial crossings.