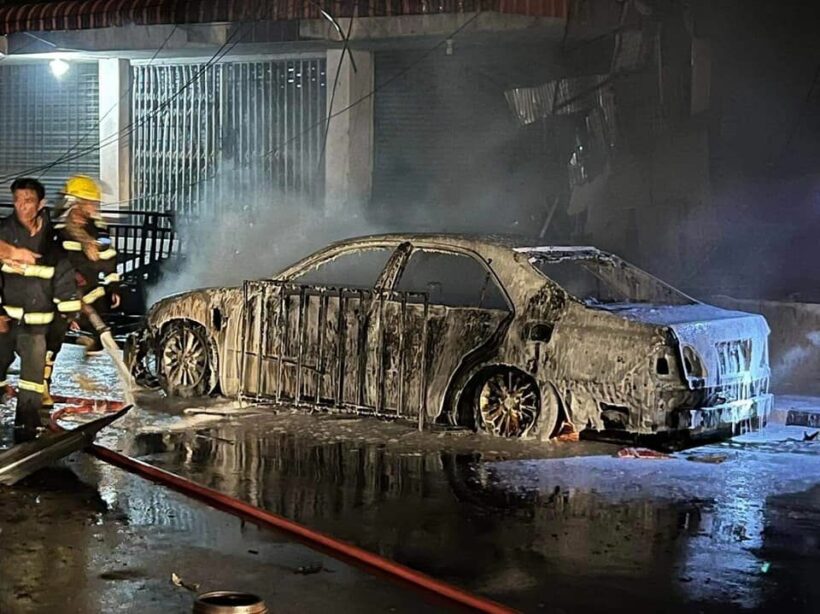 A car bomb exploded over the weekend near the first Thai-Myanmar Friendship Bridge, on the Myawaddy side of the Thai border, adjacent to Mae Sot district in Tak. Residents in Mae Sot reported they could clearly hear the blast, which happened late Saturday night.

An ethnic anti-government Burmese group is suspected to have planted the explosive in a car parked at the foot of the bridge near the front gate of the Myawaddy border checkpoint. After the explosion, the neighbourhood experienced a power surge and around 30 gunshots could be heard moments later. Many vehicles and buildings in the area were reportedly damaged, including a four storey building. No deaths were reported from the brief conflict following the explosion.

In response, Thai security forces strengthened their operations along the border, including village security units, a rapid deployment unit from the Naresuan Force and Company 346 of the Border Patrol Police.

One unit pursued a large number of Burmese citizens who had fled across the border to Thailand by the Moei River prior to the explosion. A total of 49 illegal migrants were arrested, including 24 men and 25 women, who confessed they were waiting for job agencies to take them to Bangkok and other cities. Thousands of migrants flow across the 2,500 kilometre-long leaky border every day.

The detained migrants claimed to have paid employment brokers 20,000 baht each. Unfortunately for them, they’ll probably be deported after visiting the Mae Sot police station.

PapayaBokBok
might put a damper on opening the mae sai immig office for visa runs..
NorskTiger
Is it Langley, MI6 and/or 5 eyes behind this? I don't know. For sure, this "anti-government group" is seeking to create a spillover into Thailand. Fortunately, Thailand has a very strong intelligence arm and know how to…
Skip
So much for "Friendship Bridge"