PHOTO: Injured officer rushed to hospital after the shooting at the Pattaya City Court – The Pattaya News

Three prisoners, including an American citizen, have escaped from the Pattaya Courthouse and are now, as of Tuesday morning, on the loose. A police officer was stabbed in the melee.

Pattaya police learned of the incident at 3:30pm at a holding cell at the Pattaya City Provincial Court.

Police and emergency responders arrived to find a police captain injured from a stab wound. He was rushed to a local hospital.

A court security guard says the prisoners had been in a holding cell. He says he heard the sound of fighting followed up by a gunshot. One of prisoners had fired at officers. It’s unclear how the weapon found its way into the court precinct.

The three prisoners, still in chains, commandeered a bronze Izuzu pickup truck waiting in front of the court, and sped away with an unknown accomplice .

The three prisoners are a Thai man, ‘Noi Ton Nintet’ who’s charged with illegal possession of methamphetamine and ecstasy pills, and “ice,” (crystal methamphetamine). Reports say he attacked police and opened fire in front of the courthouse.

The other two are an American man, 39 year old Bart Allen Helmus, and his Thai wife Sirinapa Wisetrit, who are charged with illegal possession of drugs and a gun. All three are considered extremely dangerous and police have set up roadblocks and patrols to catch them. 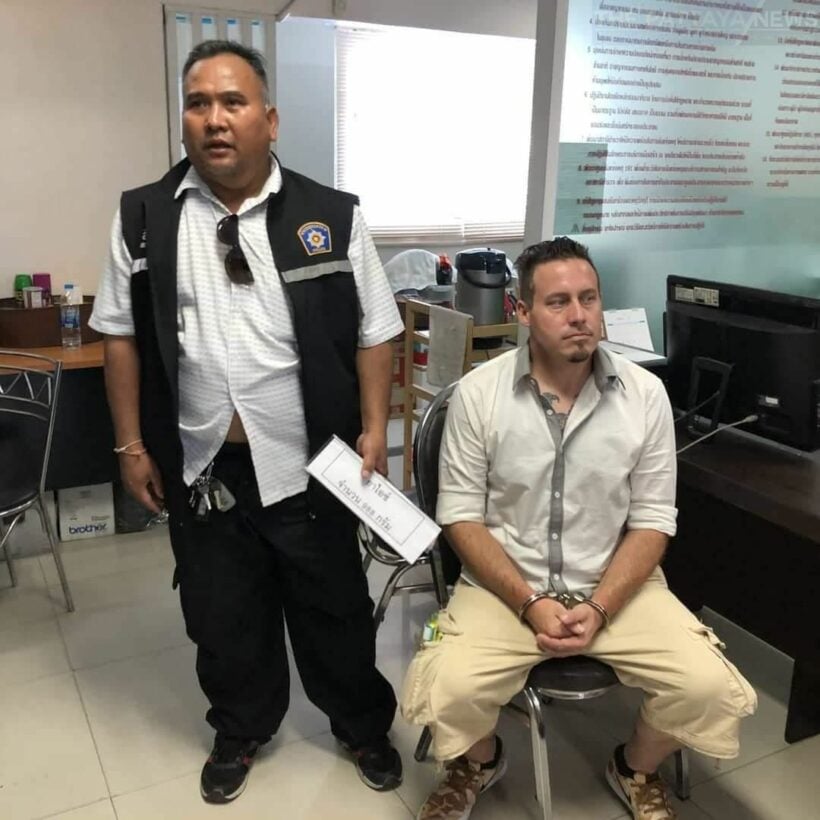 One of the three men currently at large, American Bart Allen Helmus

Accused Ponzi queen and husband in jail, no bail