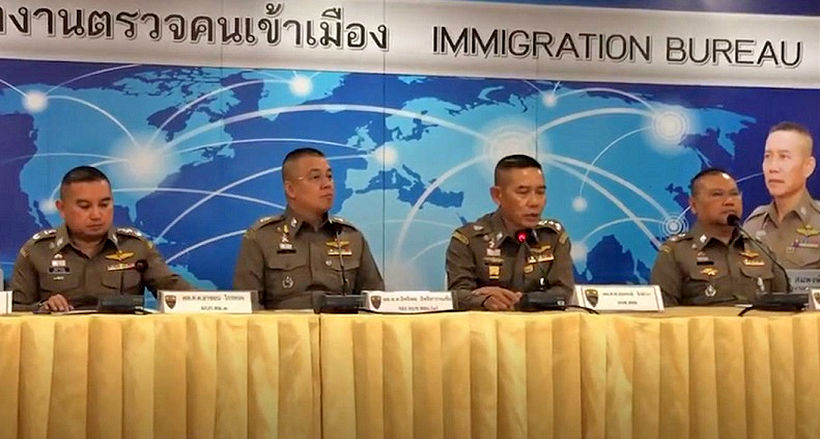 A 29 year old South Korean man, wanted for alleged involvement in an online gambling operation in his home country, has been arrested in Chon Buri. Police allege he had been “laying low” in Thailand for two years.

The man was wanted under a Seoul Central District Court arrest warrant issued on May 2, 2017, and by Interpol over the allegation that he joined with accomplices to operate the online gambling business. Thai police officers revoked the suspect’s visa and detained him pending further investigation. They are also awaiting a court decision on whether to deport him to South Korea.

On July 30, a 34 year old Nigerian man wanted for allegedly possessing methamphetamine and overstaying his visa was arrested at Phuket Airport. The man had reportedly jumped bail in the drug-possession case and fled Thailand before changing his passport and trying to re-enter the country, but a biometrics scan exposed him as a fugitive.

On August 1, a 46 year old Chinese man, wanted for alleged theft after stealing his former landlord’s furniture out of the house he was renting in Pattaya, was arrested outside a condo in the Bang Lamung district.

Four other suspects were Thai fugitives…

• a 31 year old hilltribe was man arrested in Bang Lamung on July 26 for jumping bail in an alleged fraud case.

• a 37 year old Thai woman, wanted on a drug-related charge, was arrested in Rayong province.

• a 28 year old Thai man, wanted for alleged theft and document forgery, was nabbed at 1.45pm in Bang Lamung.

• a 28 year old Thai man, wanted for alleged theft of a vehicle, was arrested at 4.50pm in the same area.