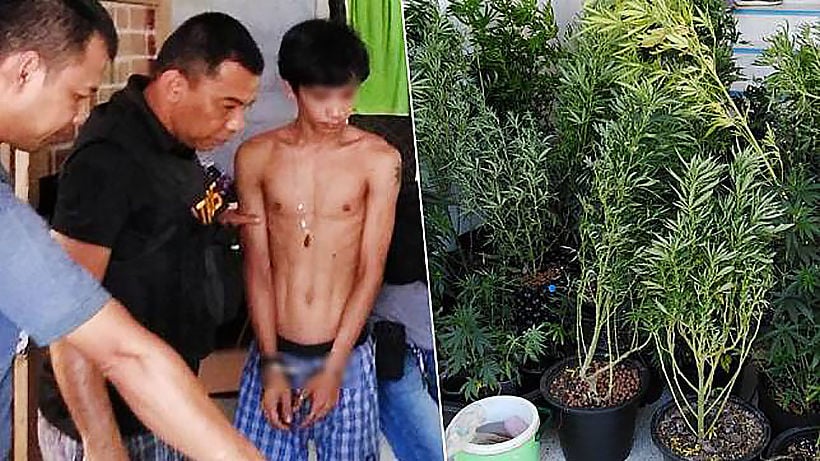 The arresting officers from Anti-Trafficking in Humans Division sub-division 5 were armed with a court warrant to search the house. The raid followed a tip that Nanthapong had posted messages offering to sell dried marijuana and cannabis oil on the “Roiyim Seekhieo’’ (green smile) Facebook page.

Nanthapong admitted he had purchased marijuana seeds of five species to cultivate in pots at the house. The seeds were bought at 2,000-3,000 baht per kilogram depending on the specie. He posted marijuana for sale on Facebook and customers were required to transfer money into a bank account in a third party’s name.

Before sending the products to his customers, he would put a “TM Green Smile’’ sticker on each parcel. He sent parcels to customers via Kerry delivery service. Officers recovered a book showing online purchases and evidence of money transfers using e-banking. Nanthapong told authorities that customers across the country bought his products during Covid-19 crisis. In fact, officers say, customers transferred about 16,000 baht to the bank account while the raid was underway.

The suspect stands charged with illegally producing marijuana for sale and illegal possession of a weapon. He was handed over to Tha Sala police station. Marijuana has been removed from Thailand’s list of narcotic drugs, but there remain laws on the books that make private cultivation, and especially dealing, crimes punishable by law. 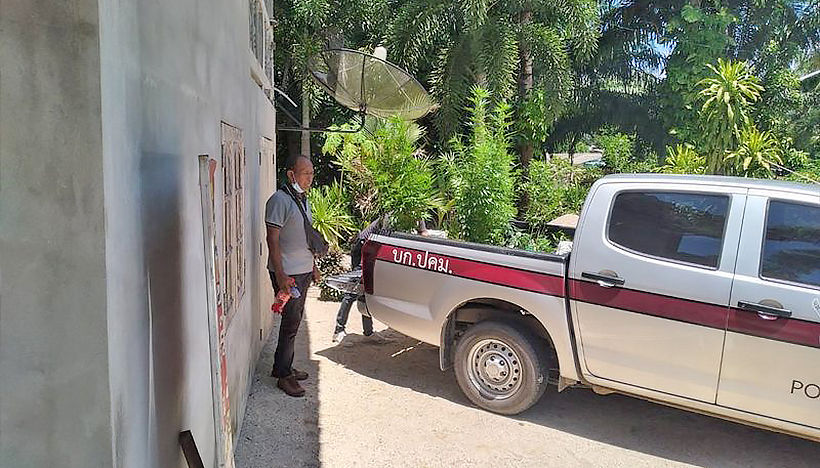