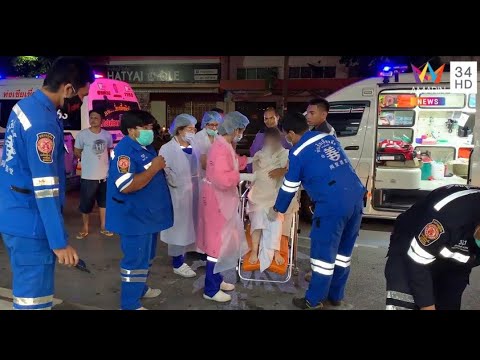 Breaking a 3 day streak of zero new cases, there’s been 6 new cases of Covid-19 over the last 24 hour period, all detected in state quarantine.

5 are male students, aged 23-26, who were asymptomatic and returned recently from Saudi Arabia. A 26 year old female student, who had a fever, returned from India.

As the Thai government mulls the possibility of “travel bubbles” with countries where Covid-19 appears under control, aviation representatives are talking with commercial airlines about a potential return to international services.

Bangkok’s Suvarnabhumi and Don Mueang airports are currently receiving a combined total of approximately 17,000 passengers a day. Now the Civil Aviation Authority of Thailand is in talks with airlines about a potential resumption of international flights, with new health and safety regulations.

Today the director of the Civil Aviation Authority of Thailand came out saying that very few airlines are expressing any interest in restarting international flights at the start of July because of the Thai government’s prevarication over the issue. He said that any reboot in international flights could be as late as September.

“It’s 3 months now, when can we reopen?” – Pattaya bar owners

Today marks 3 straight months that Pattaya’s world famous – and vitally important to the city’s economy – nightlife and entertainment industry has been shuttered by the Thai Government.

The industry was originally told to close “for 2 weeks” on March 18. But as the Covid-19 crisis escalated and fear and uncertainty grew worldwide, the closure was repeatedly extended

Now the bars and clubs are crying foul saying that everyone else is re-opening their businesses, so what can’t they.

But the Thai Government has continued to state it’s is too risky to open the country’s nightlife. They’ve been spooked both by the cases of infected Thais returning from overseas and the recent spate of outbreaks in entertainment zones in Seoul and Tokyo.

MP and Deputy Agriculture Minister Thammanat Prompao is no stranger to controversy, and this week he appears to be back in the hot seat.

Opposition MPs have filed a petition challenging his ministerial status and his post as an MP. Thailand’s Constitutional Court has accepted the petition for consideration.

The petition claims Thammanat was convicted of heroin trafficking offences and served 4 years in prison in Australia, and should be disqualified from being an MP or Cabinet Minister in Thailand. Last September Thammanat claimed, in the Thai Parliament, that he was acquitted of the drug charges by the court in Australia. His claim is contrary to The Australian court records which have been published in Australian media. Thammanat has threatened any Thai media which chose to publish the story.

A university student in Thailand’s southern Songkhla province has been arrested and charged with physical assault and possessing a fake gun, after he splashed acid on his former girlfriend.

The 18 year old went to see his 20 year old ex-girlfriend, around 10:30 on Tuesday night at the convenience store where she works, to try and win her back. The pair had split up about a month ago.

After rejecting his declaration of love he then splashed her with the acid he had bought online, just before he he visited her.

Doctors are still concerned about the victim’s condition and are keeping her isolated.

A new motorway linking Bangkok with Nakhon Ratchisma is opening for motorists by the end of this year.

The deputy director of the Nakhon Ratchasima Highways says a test run of the expressway is planned for later this year.

The 200 kilometre motorway runs between Ayutthaya to Nakhon Ratchasima, and construction is 96% complete. It is expected to cut the journey from four hours to two.