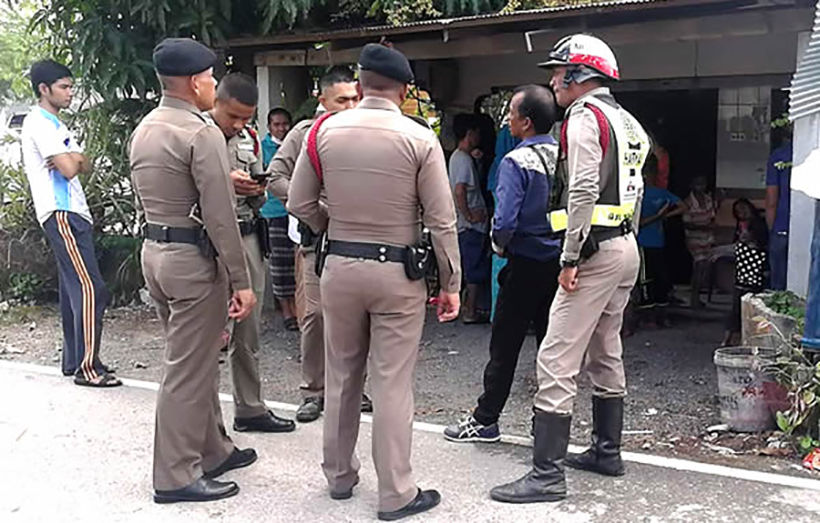 A young woman carrying a baby and a pregnant woman were among 5 people caught using drugs in a raid at a rented house in Songkhla’s Thepha district. Local officials and volunteers surrounded the house after receiving a tip that people were using the property to take drugs and sell methamphetamine pills (“yaba”) and crystal methamphetamine (“ya ice”) to young people in the community.

Pailin was holding her 5 month old baby in her lap when she was arrested. It was learned that her husband is serving a 9 month jail term in another drug case. The husband of Rohanee, who is 8 months pregnant, is also serving a 1 year prison term for a drug conviction. Officials say all confessed to using drugs at the house regularly. They were handed over to Thepha police for further legal action.