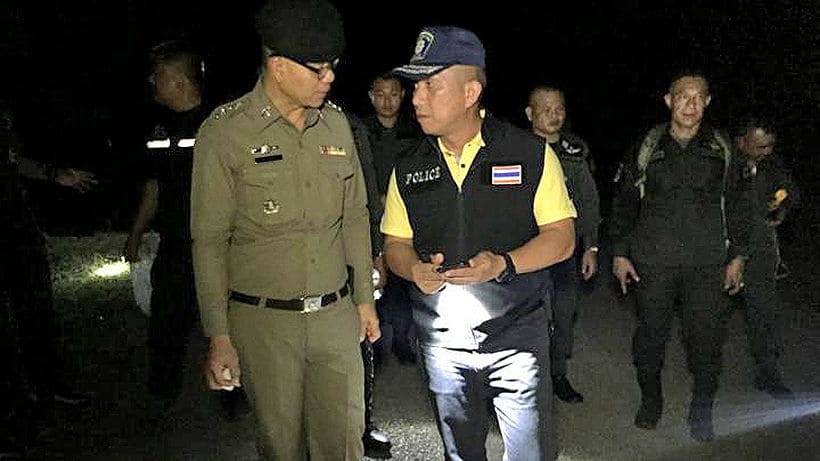 Surat Thani police are hunting for a drug suspect who allegedly ran over and killed a policeman while fleeing arrest in Ban Ta Khun district, west of Surat Thani, last night.

The deputy provincial police chief says 46 year old Pol Sen Sgt Maj Poonkrit Buakaew was killed as he was shooting the tyres of a car that was trying to get away.

24 year old Surachet Wanlua was on his way with an accomplice to deliver drugs to an undercover officer and police planned to arrest the two in a sting operation.

When they tried to arrest them police say Surachet increased his speed, ran over Poonkrit and drove off. As police were busy trying to stop the fleeing car, the other suspect fled into a roadside palm oil plantation and disappeared.