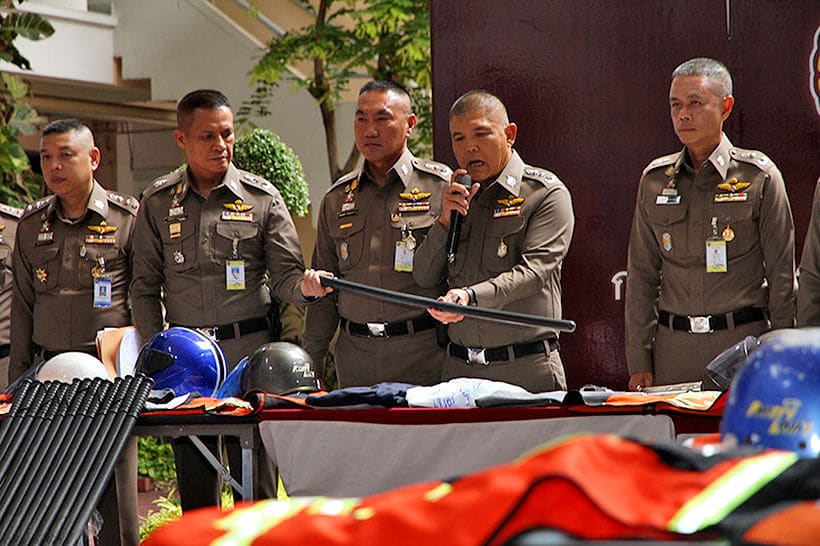 There were 127 people involved with 58 people leading the fighting. 19 people are in custody, many injured and one death. That’s the bottomline after initial police investigations were announced following June 15’s bloody brawl between two rival motorcycle taxi gangs in Bangkok.

Innocent bystander, 20 year old Weerawat Pheungkrut, a courier with Kerry Express, was killed when a bullet struck him in the left eyebrow at the height of the violence.

Pol Lt-Gen Sutthipong Wongpin announced the progress of investigations into the hour-long violence between riders from Udomsuk 1 and Udomsuk 2 in Soi 103 in the Bang Na police jurisdiction.

Confiscated at the time were a knife, .45 gun, and 31 rubber batons. He also said the police had used CCTV and video clips from multiple locations to help identify the key protagonists and sort out the course of events. They perpetrators will face charges of premeditated murder, conspiracy, weapons charges and assault. He announced that police were satisfied the ring leaders and key perpetrators were now in custody pending further legal action.

Violence broke out after ‘win’ riders from the Udomsuk 1 gang had been forced to pay 3,500 baht to join the rank in addition to a 3,000 baht monthly fee. Meanwhile, Udomsuk 2 riders weren’t required to pay anything and their site was in a preferential site with more customers. 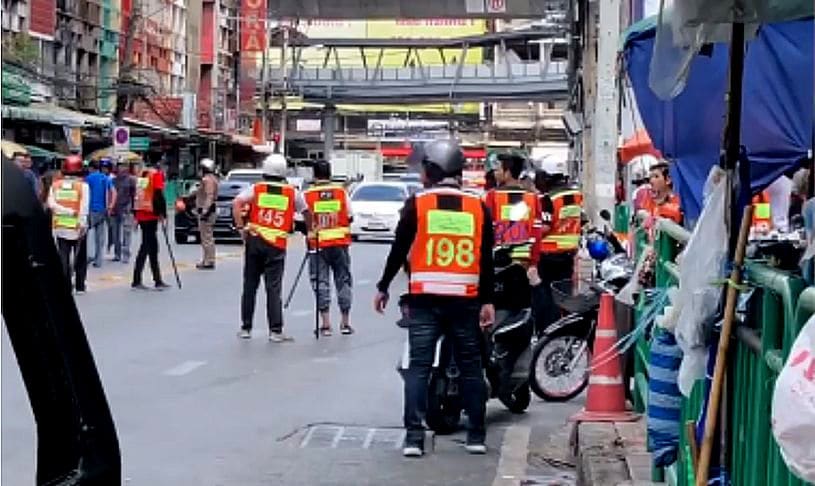 Manhunt for drug suspect who ran over policeman in Surat Thani