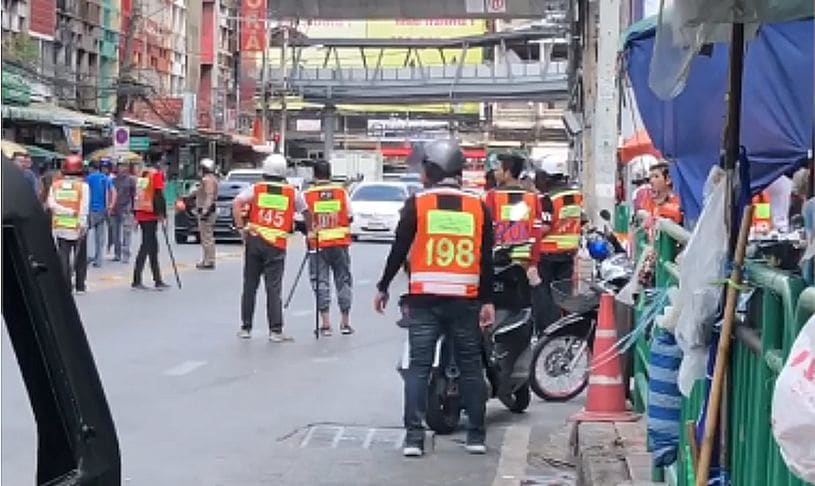 A bystander was killed by a stray bullet yesterday when two taxi motorcyclists gangs clashed in a fight in Bangkok’s Bang Na district. Rival motorbike taxi gangs were caught on video viciously attacking each other with knives and other weapons.

Police say 20 year old Weerawat Pheungkrut, a courier with Kerry Express, was killed when a bullet struck him in the left eyebrow around Soi Udomsuk 1 at 11.40am yesterday morning. Another unidentified man was also shot and injured and taken to a nearby hospital. Police said 20 year old Thaweekiart Sutthisanong was also injured with a knife in his head and was rushed to hospital.

Police said Weerawut was killed by a stray bullet when two groups of taxi motorcyclists clashed in a brawl in front of Soi Udomsuk 1 because a group of taxi motorcyclists were annoyed that a new group had opened a stand nearby. Police are checking footage of security cameras in the area before making arrests.

Watch video of the fight HERE.