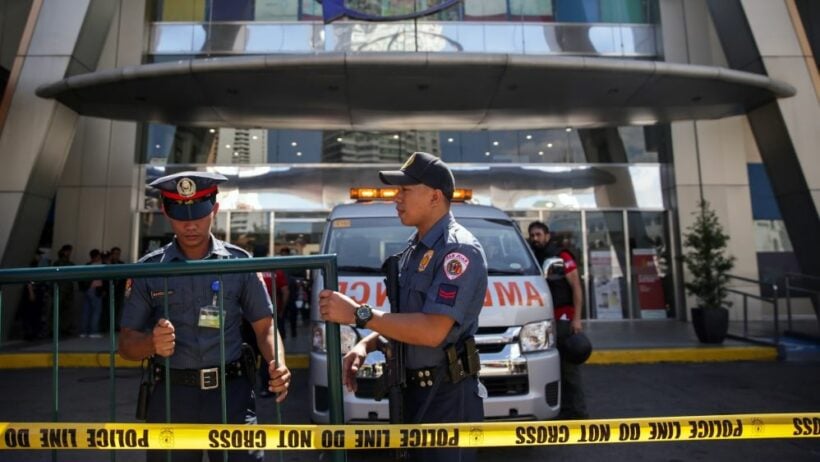 Further to a story earlier reported by The Thaiger, a former security guard has released some 30 people and walked out of a Manila shopping mall after hours of gruelling negotiations, ending a day-long hostage crisis in an upscale commercial district. The gunman, identified by police as Archie Paray, a former guard at the complex, left the V-Mall in suburban San Juan city on last night with his hostages after he was allowed to air his grievances on local media. He accused his former superiors of corruption and abuse. Read our original story HERE.

Police say the man shot a security officer in the morning before entering the mall, where he held dozens of people, mostly employees, hostage in an office. The number of hostages was reportedly around 30.

According to Philippine media, the hostage-taker was armed with a pistol and four grenades, but was persuaded by San Juan’s mayor to leave his weapons before coming out of the mall.

“You have to leave behind your gun and grenades. You can’t come with the grenades. But I guarantee your safety.” 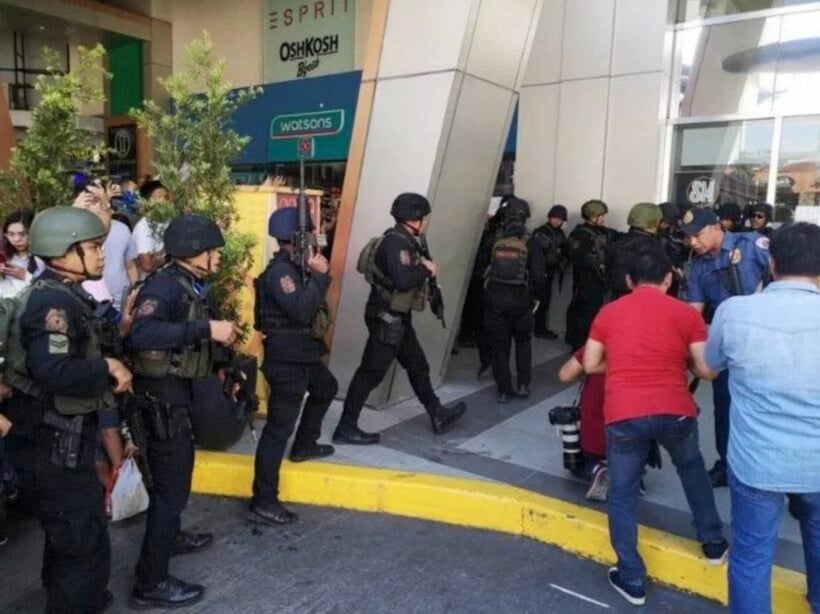 The hostage crisis lasted about 10 hours, during which time The Virra Mall, located in Greenhills, an upscale part of the city, was evacuated. The complex is popular for its restaurants, shops, bars and a bazaar.

While major hostage incidents are rare in the Philippines, memories are fresh of when a sacked policeman hijacked a Manila bus full of Hong Kong tourists in 2010, and was killed in a gunfight, along with eight passengers mainly Chinese tourist, when police bungled a rescue attempt