Public health authorities in Sara Buri province, northeast of Bangkok, found a group of teenagers washing, ironing, and re-packaging face masks into new boxes for resale. Officials say the 6 teenage boys were attempting to sell used masks from rubbish bins as new masks. Police and related officials were called out to inspect the suspicious house yesterday at around 1pm

Some of the teenagers were using an iron to flatten the masks, which were then pulled tightly at the corners and placed inside a clear plastic bag. They were boxed up box before being sent to market.

Outside the house authorities found a large washing machine, 2 more irons. and sacks full of used medical masks. They estimated there were tens of thousands used masks. 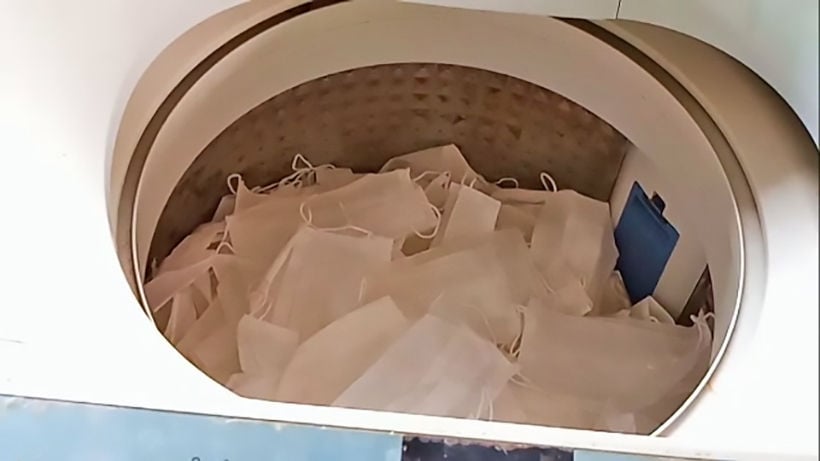 The home to Jintana Vichai, aged 47, who wasn’t at home when officials arrived. Kunanon, her 17 year old son, was looking after the recycling business. The teenagers were paid one baht per mask that they recycled. 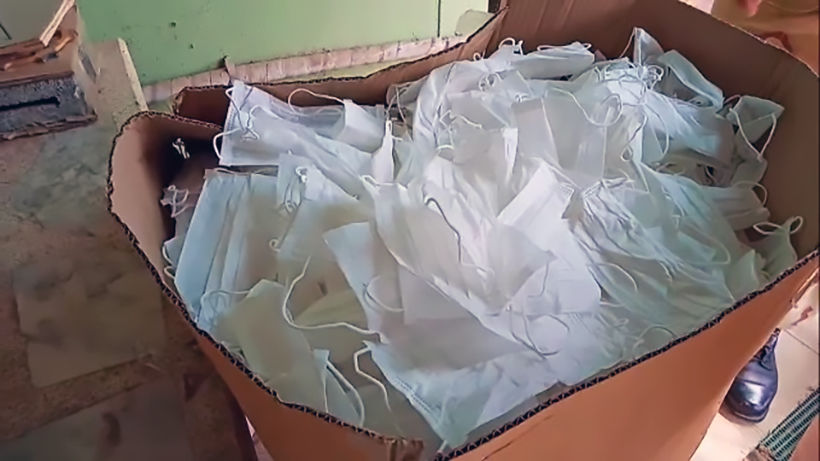 The teens told authorities they were able to recycle 300-400 masks per day. Kunanon stated that the masks were from a factory, but he didn’t know exactly where. He said his mother takes care of the business and is the one who sells the masks.

When police called Jintana, she claimed that the metal used in the masks was being extracted for recycling, but the masks were not being resold. Authorities believe otherwise.