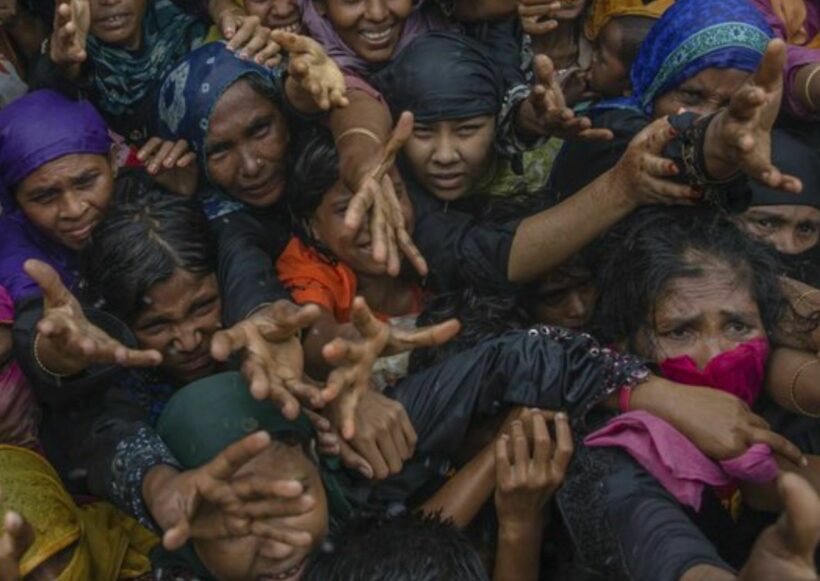 PHOTO: Rohingya muslims are often trafficked across the Burmese border, contributing to Thailand's downgraded status in the TIP Report. (via AP)

Against Thailand’s expectations, the country has just been downgraded in the United States’ report on human trafficking. the US Trafficking in Persons Report has downgraded Thailand’s status from Tier 2 to Tier 2 Watchlist, contrary to the Thai government expected to be upgraded to Tier 1.

Citing worries about forced labour in Thailand the decision was made to lower the countries ranking and place it on the watch list for the first time in 4 years. The TIP Report pointed to increasing problems with forced migrant labour and the Thai government’s waning efforts in battling the problem.

“The government did not demonstrate overall increasing efforts compared to the previous reporting period, even considering the impact of the Covid-19 pandemic on its anti-trafficking capacity.”

Thailand’s Foreign Ministry said that the report and the downgrade was a big disappointment. The government has been petitioning since last year to move up in the ranking from Tier 2 to Tier 1 and demonstrate progress against human trafficking in Thailand. Failing to be upgraded and instead receiving a downgrade came as a shock, and they claim that the United States did not take into consideration the hard work in progress that the Thai government has made.

They claim that the TIP Report shows a bias in favour of the American originators and Western standards and is not representative of global international standards when looking at the struggle against human trafficking. Government officials believe they have made inroads in preventing things like forced labour and human trafficking.

The report stated that trafficking was still a major problem in Thailand and that many industries exploit both domestic and foreign workers. It specifically references food industries like agriculture, poultry, and commercial fishing sectors that profit by taking advantage of migrant workers and Thai employees.

They also cited manufacturing and domestic work as well as people being forced to beg on the street a source considered when downgrading Thailand. The report states that employers take advantage of human trafficking in staffing but also a strong network of international labour smugglers and brokers exist that further exacerbates the problem.

Objectivance
Maybe China will offer a report that undermines the latest. Perhaps you hitched your cart to the wrong horse, and the current administration aims to remind you.  Best of luck, whatever happens, expect to be told that it was probably a…
Objectivance
53 minutes ago, Tornado said: The US has nerve downgrading Thailand when they are allowing mass human trafficking on their southern border. Fair enough. But, at least they're not being boisterous and sending rude tweets.
Blogosopher
Maybe the border officials shouldn't aid and abet the traffickers along the border. Duh!