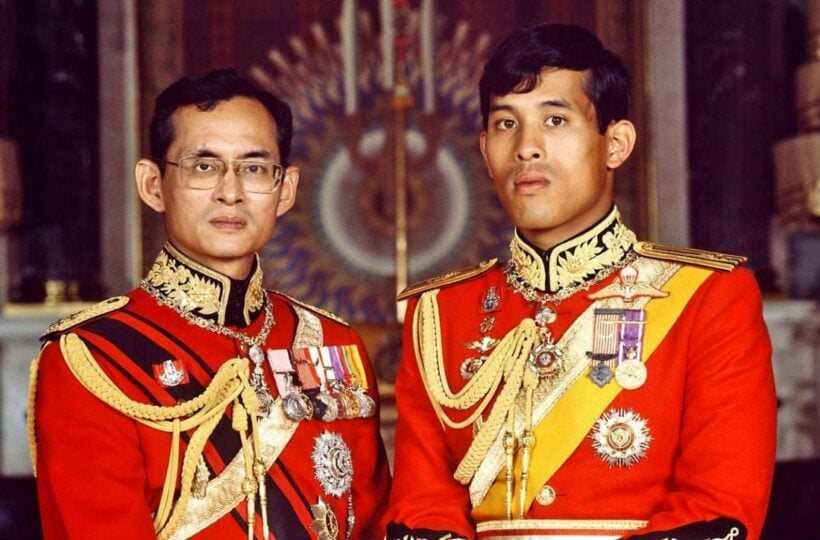 PHOTO: His Majesty King Maha Vajiralongkorn together with his father, the Late King Bhumibol Adulyadej

Special report from our media partners, The Nation

This Saturday, May 4, is the start of a three day ceremony to crown His Majesty King Maha Vajiralongkorn as he ascends the throne as King Rama X, succeeding his beloved father, His Majesty the late King Bhumibol Adulyadej.

The late King died on October 13, 2016 and the country’s National Legislative Assembly acknowledged his heir’s accession the following month.

“I accept the invitation in order to follow His Majesty King Bhumibol’s will and for the benefit of all Thai people,” the monarch said in reply to the invitation during his inauguration on December 1, 2016.

Nearly seven decades have passed since the last Royal Coronation on May 5, 1950. This weekend’s ceremonies are steeped in traditions that date back to the 13th century. The first coronation in the Chakri Dynasty was that of King Rama I in 1782, soon after he established the present Rattanakosin Era.

His Majesty King Maha Vajiralongkorn is the only son and second of four children of King Bhumibol and Her Majesty Queen Sirikit. He was born in Bangkok on July 28, 1952.

He was proclaimed Crown Prince on December 28, 1972, in the Ananta Samakhom Throne Hall of the Grand Palace, making him the third crown prince of the Royal House of Chakri in accordance with the Palace Law on Succession of 1924.

A permanent building was later constructed in the compound of the Chitralada Royal Villa at Dusit Palace and became known as the Chitralada School. His other two sisters are Their Royal Highnesses Princesses Maha Chakri Sirindhorn and Chulabhorn.

The King is also the father of three children – Their Royal Highnesses Princesses Bajrakitiyabha and Sirivannavari Nariratana and His Royal Highness Prince Dipangkorn Rasmijoti.

After completing his primary education in Thailand, His Majesty attended secondary school in Britain. In 1966 he started at King’s Mead School in Seaford, Sussex, later moving to Millfield School in Somerset, where he completed his secondary education in July 1970. During his time there, he was known simply as V Mahidol.

Two months later, in September 1970, His Majesty attended a military training course at the King’s School in Sydney, Australia, where he was assigned to MacArthur House.

In 1972 he enrolled at Australia’s Royal Military College, Duntroon, in Canberra, where he went by the name Staff Cadet V Mahidol. He was praised for his ability both academically and in sports. His education at Duntroon was divided into two parts – military training by the Australian army and a bachelor’s-degree course under the auspices of the University of New South Wales.

His Majesty graduated in 1976 as a newly commissioned lieutenant with a BA in Military Studies. 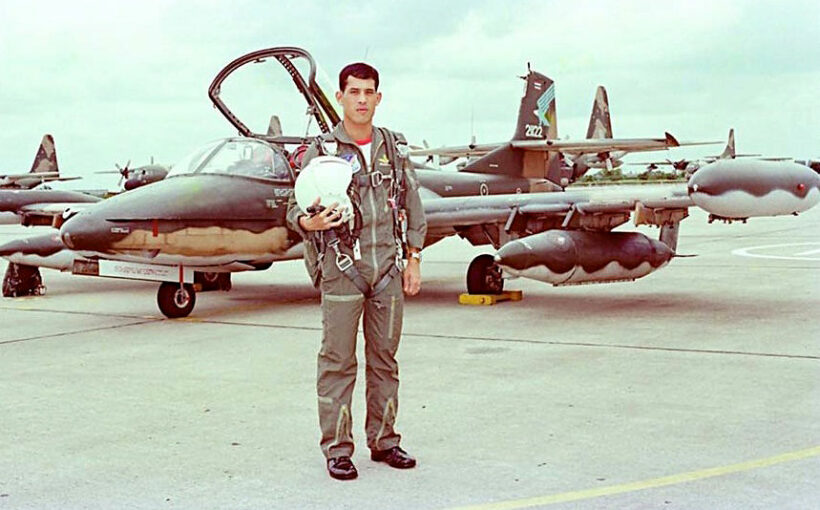 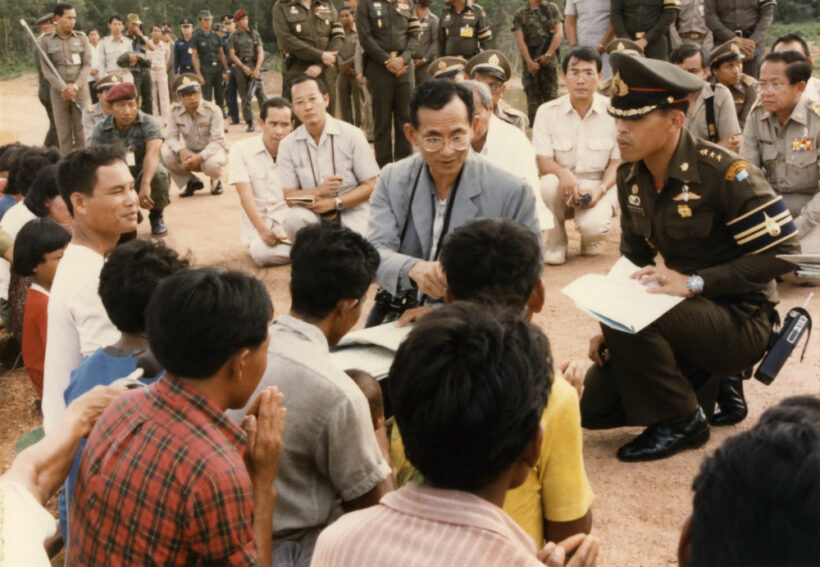 His Majesty then returned to Thailand and served as a career officer in the Royal Thai Army. He attended the Command and General Staff College in 1977 and the Royal College of Defence Studies in Britain in 1990.

The King attended several other training courses, mainly focusing on aircraft, and has served as a trainer for fighter pilots for the Royal Thai Air Force.

As Crown Prince for 44 years, His Majesty carried out countless royal duties for Thailand. He is well known for the major roles he played in the Royal Thai Armed Forces, making frequent tours of the provinces and representing King Bhumibol at a wide variety of official functions and ceremonies.

During periods training with US, British and Australian armed services, the King studied unconventional warfare and advanced navigation. In

1978 he became head of the King’s Own Bodyguard Battalion. A qualified fixed-wing and helicopter pilot, he holds a licence to fly the Northrop F-5 and several other aircraft including the F-16 and the Boeing 737-400.

His name is also attached to medical care, with Crown Prince Hospitals set up in 21 locations in 1977 from funds donated by the public to serve as healthcare centres for people living in remote areas. These hospitals have become major community hospitals providing services of international standard.

Because of his interest in agricultural development – an enthusiasm he shared with his father – the Mobile Agricultural Clinic Project was initiated under his patronage. The project provides prompt services to farmers in order to enhance efficiency in production and solve problems, as well as to provide advice on agricultural technology.

It is a testament to His Majesty the King’s abilities in the fields of art, architecture and literature that a poem he wrote on Her Majesty the Queen’s fifth-birthday cycle was engraved on a silver plate and is displayed at Phra Tamnak Siriyalai in Ayutthaya province.

The Pid Thong Lang Phra Foundation, a Royal initiative, is one of the many models that exemplify His Majesty’s resolution to fulfil the wishes of his late father and work for the benefit of all Thais.

Always caring for the wellbeing of his subjects, the King kept himself abreast of developments during the Tham Luang Cave rescue in Chiang Rai last year. He urged the quick rescue of the 11 young players of the Wild Boars football team and their coach.

In his New Year greeting card this year, his message was: “With love and a pure heart, may the New Year bring joy, good health, serenity, intelligence, prosperity and faith to enhance one’s happiness and well wishes to others for long-lasting contentment.” 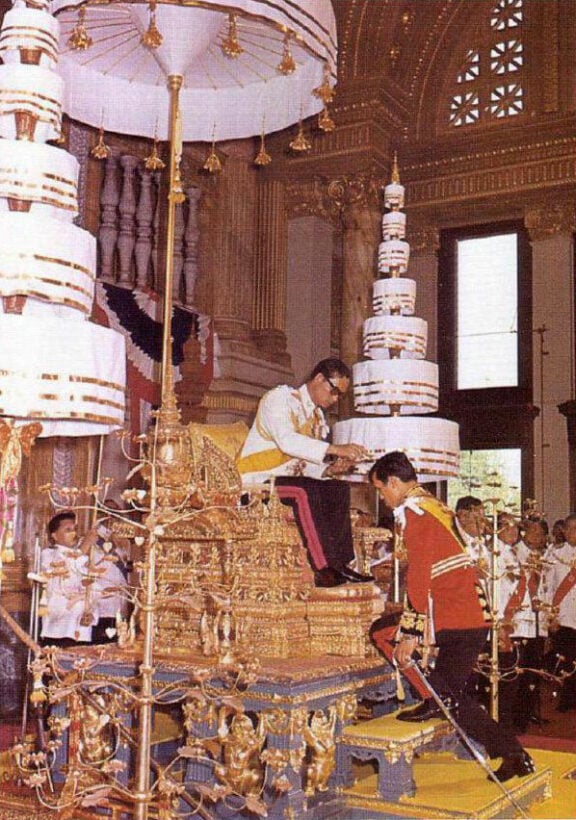 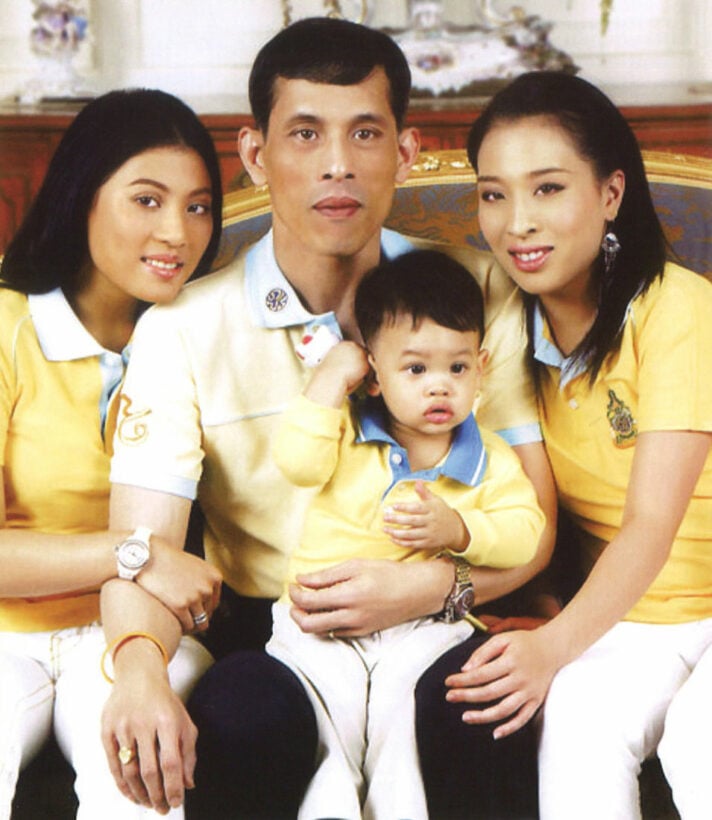 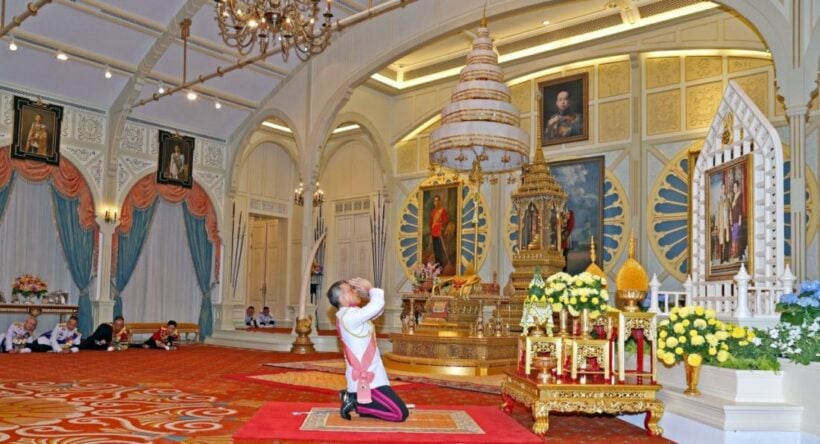