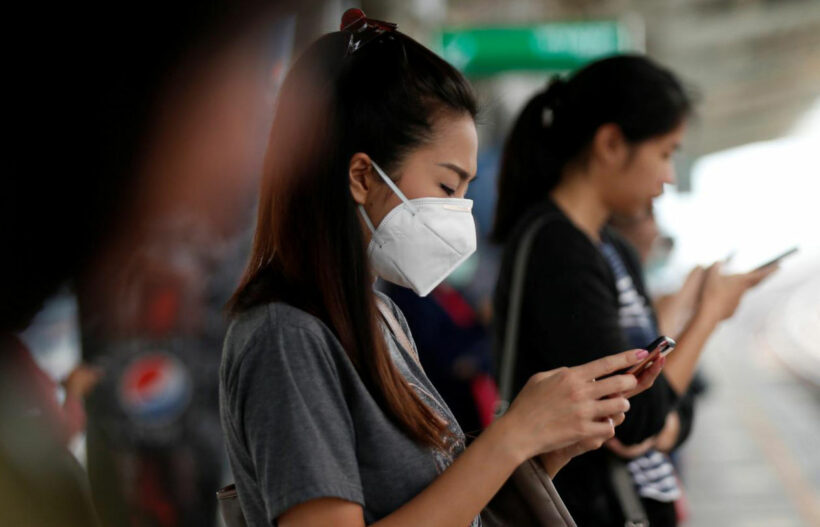 Leading academics say the Thai government is simply not equipped to prevent the air pollution crisis “spinning out of control”. Despite ambitious proclamations, like the publicly announced goal to solve the problem by 2022, lawmakers continue to downplay threats to human health and allow conflicts of interest to prevent real advances toward solutions.

During a smog crisis in Bangkok earlier this year the government was content with publicity stunts like firing water cannons into the air in a show of photo opportunities for the compliant Thai media. They also made much fanfare about ‘water drones’ which were dropping a few litres of water from the sky. In both cases the affect on Bangkok’s air pollution was precisely zero.

Thanawat Jarupongsakul, chairman of the National Strategic Drafting Committee on Green Growth and chairman of the Thai Global Warming Academy, says conditions like those in Bangkok earlier this year… “are likely to become more intense because the pollution sources themselves help build up inversion layers that trap the dust underneath”.

Thanawat says outdoor fires generate gases along with PM2.5 matter. Sunlight turns these gases into ozone particles, which are not just harmful, but also help build up inversion layers, which prevent the air below from rising, trapping pollutants.

In an article in the Bangkok Post, Thanawat says the urbanisation continues to change Bangkok’s landscape, creating a heat-island effect that creates inversion layers during winter, trapping the area’s self-generated pollutants. He now warns that Thailand may have reached a point of no return.

“There’s no doubt our weather patterns are changing, and we’ve known this would occur due to climate change.”

“We should abandon our polluting ways because we can no longer count on nature to blow it all somewhere else.” 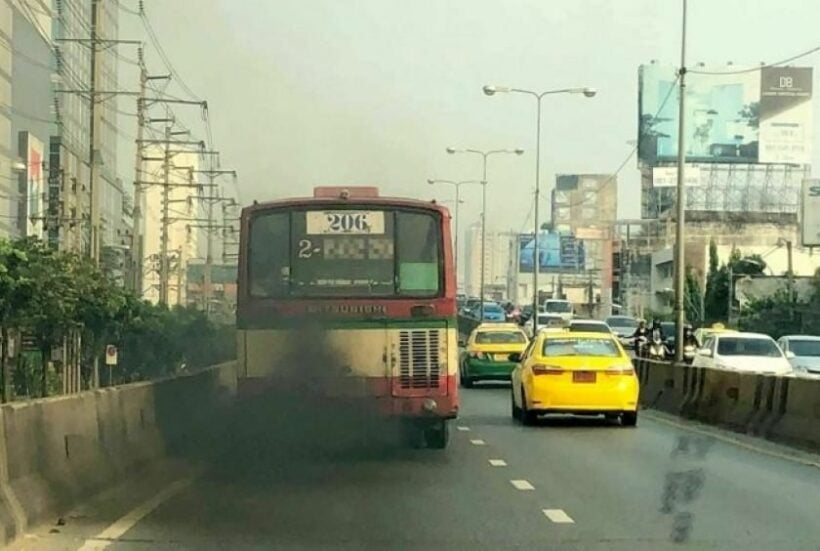 According to Niramol Suthamkit, director of Thammasat University’s Pro-Green Centre says that air pollution from vehicles, infrastructure construction and property development are the result of urban and economic growth priorities.

“There is little policy that prioritises the environment for society’s overall quality of life.”

Academics argue that economic incentives that force the public to change its behaviour are needed, and that pollution must be tackled at the root. Some advocate taxing vehicles directly, and creating new markets for agricultural waste and biomass that don’t involve burning. But this would require a seismic shift in policymaking

The number of Bangkok’s registered vehicles has more than doubled in the past ten years to 10.5 million. But no effort is being made to reduce these numbers. Instead, transportation plans call for 1,047 kilometres of new roads and expressways over the next decade.

About 90% of dangerous particles in the air in and around Bangkok are generated by vehicle exhaust, biomass burning, factories and dust from construction sites. And as the pollution readings ratchet up, so do health-related economic costs.

The Pollution Control Department is aware of these costs. Citing a study in South and Southeast Asia from 1999 to 2014, showing PM2.5 caused around 1.4 million premature deaths, they PCD recommended urgent and strict controls on emissions. But the government has done almost nothing in this regard.

According to a professor at Kasetsart University’s Faculty of Economics, the government first has to realise that we’re facing a crisis that demands this research. Vehicles belching out dangerous black exhaust remain widespread, and despite anti-burning regulations, 66% of the sugarcane that entered mills this year was burned prior to harvesting.