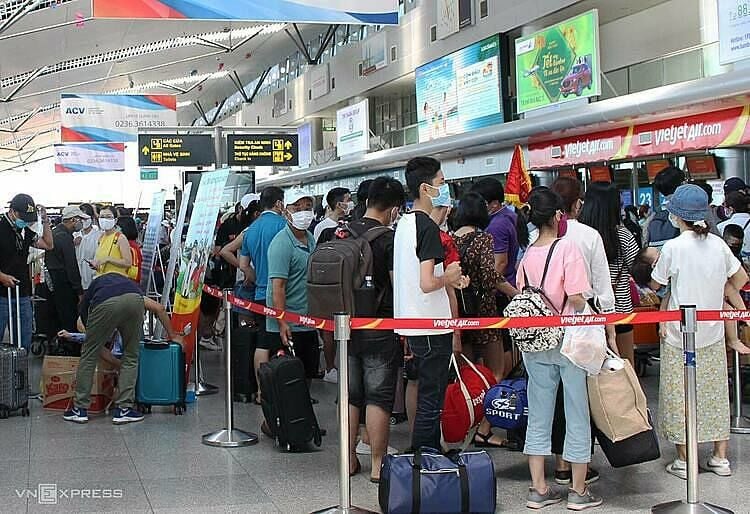 PHOTO: Tourists are being evacuated from the seaside town - VN Express

“The evacuation will take at least four days with domestic airlines operating approximately 100 flights daily from Danang to 11 Vietnamese cities.”

Now Da Nang is banning the arrival of tourists for 14 days from yesterday, gatherings of 30 plus people, and urging people to maintain social distancing. Vietnam, with a population around 97 million, had only 417 Covid-19 cases since the outbreak at the start of the year, and no deaths. That was until the past 4 days when the 3 cases emerged.

Vietnamese PM Nguyen Xuan Phuc has re-issued a stay-at-order for the entire city, a restriction that had been lifted back in April after the country had successfully suppressed the first wave of the virus.

2 residents have been hospitalised, “in critical condition”, and the city has closed “non-essential” services like amusement parks, karaoke bars, pubs, massage and beauty parlours. The Da Nang People’s Committee say its orders are effective “until further notice”.

• “Patient 416”, a 57 year old male resident tested positive for the virus five times as of Saturday morning. He remains in critical condition.

• “Patient 418”, aged 61, also a Da Nang resident, is also in a critical condition and on ventilator support.

• Another case was announced yesterday. Authorities have yet to confirm the source of transmission for the 3 cases.

The Da Nang General Hospital, where the two are being treated, has been placed under a lockdown with more than 6,000 people, including 2,200 medical staff, 1,900 patients and 2,000 family members and caregivers

Both “Patient 416” and “Patient 418” had called on their family members at the hospital before they were diagnosed with Covid-19. Public transport in and out of Da Nang is also being restricted, and only 2 flights a day from domestic airports into Da Nang allowed.

The Civil Aviation Administration of Vietnam has asked airlines to maximise the number of flights for tourists to leave Da Nang to evacuate non-residents and contain the situation.

Vietnam had recorded a total of 420 Covid-19 cases as of this morning, with 365 recoveries. Of the 53 active cases, six have tested negative once or twice.