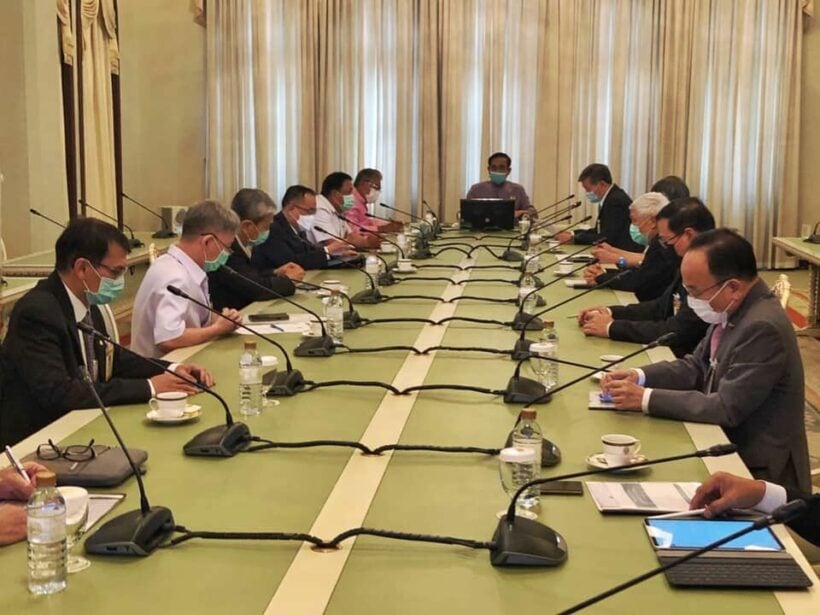 PM Prayut Chan-o-cha says the Thai government will purchase another 35 million Covid-19 vaccine doses in addition to the 65 million doses of China’s Sinovac vaccine and the Oxford/AstraZeneca vaccine. The prime minister made a post on his Facebook page today announcing that Thailand will produce the additional doses from 2 or possibly 3 companies.

Out of the 35 million additional doses, 10 million to 15 million will be purchased by the private sector, led by the Board of Trade of Thailand. A government committee tasked with Covid-19 vaccine procurement made the decision to acquire 35 million more doses, according to Prayut.

Prayut also recently announced that the government plans to purchase 5 to 10 million doses of the Pfizer and BioNTech. The prime minister told reporters that the government is “still waiting for quotations and terms and conditions,” but they expect the vaccines to be delivered within the second half of the year.

So far, 572,000 people in Thailand have received their first dose of the Covid-19 vaccine, according to Reuters. The government plans to vaccinate half the population, or 35 million people, by the end of the year.

The Thai government has been criticized for heavily relying on AstraZeneca as the primary vaccine against the coronavirus. The vaccine will be locally produced by Siam Bioscience and the first 6 million doses are expected to be available by June.