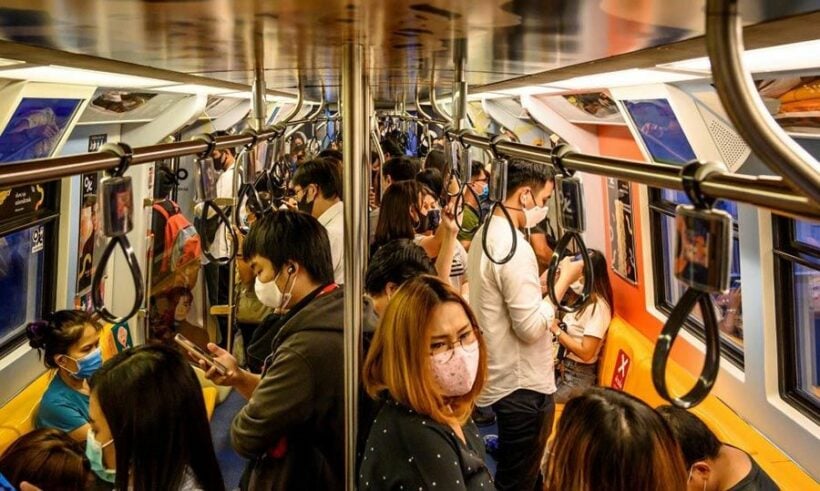 A poll conducted with over 500 workers in Thailand and Malaysia reveals that a majority of Thai people are anxious about going back to work and being expected to return to normal behaviour. The majority of employees want to see significant health and safety measures put in place, with 1 in 3 Thais saying they don’t believe behaviour will ever return to the old normal.

According to a report in Coconuts, the poll was carried out by online survey company Qualtrics and illustrates that employers need to be aware of the anxiety people feel about returning to work, with many Thais saying they still feel uncomfortable just leaving their homes. The survey shows a need for businesses to acknowledge that many workers feel uneasy about commuting or attending events, or even shopping in the same way they did before the pandemic. Mao Gen Foo, from Qualtrics Southeast Asia, says employers have a responsibility to recognise this anxiety and implement safety measures to reassure staff.

“Organisations and governments need to understand how employee and customer behaviours and attitudes have changed so that they can take actions helping them feel confident during this next phase of the ‘new normal’.”

The poll shows that of the 62% who plan to go back to work next month, over half have said they would prefer to do so after a vaccine or effective treatment for Covid-19 becomes available. Over 80% of workers want their colleagues to wear face masks. Over 60% want to see social distancing implemented in their workplace, along with temperature checks and other safety measures.

When not at work, 70% of those surveyed say they are not ready to start attending concerts or sporting fixtures. Nearly half of those say they won’t attend sports events until January, with 3 out of 5 people saying the same for concerts. Despite shopping malls and restaurants being open since mid-May, 60% of Thais say they don’t feel comfortable eating in, and 36% say they still don’t want to visit the shops. Transport is also a source of worry for the majority, with 65% saying they’re not comfortable with the idea of travelling around the country by bus or plane right now.

Musicians want to get back on the mic