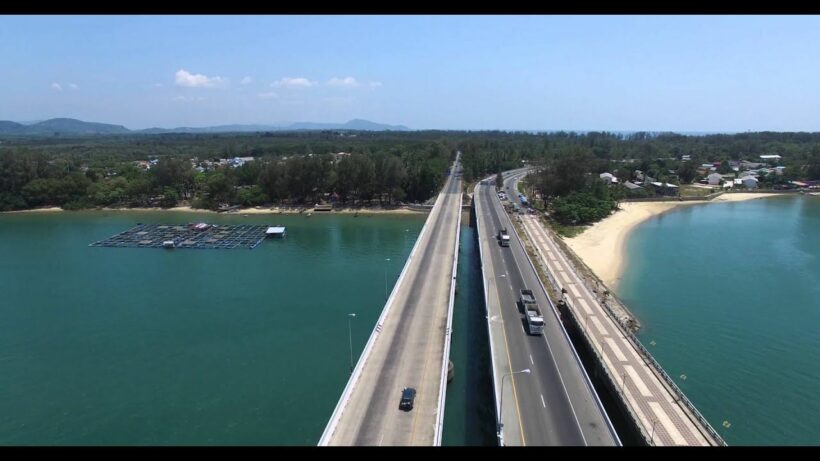 The southern resort island province of Phuket will ask permission from Bangkok to reopen its airport, sea ports and permanent road access to the mainland (Sarasin Bridge) after several days with no new Covid-19 infections detected. The provincial governor says the province will ask the Civil Aviation Authority of Thailand for approval to reopen the airport this Saturday.

The CAAT ordered the airport closed on April 3 to restrict air travel as health authorities nationwide battled to contain the spread of the virus. The closure was extended from the end of April to May 15.

3 airlines have notified the province of their plans to resume limited domestic passenger services to Phuket, at one flight a day, according to the governor. Other domestic airports have been opened up around the country for limited services.

Provincial authorities also agreed today to ask the Interior Ministry to allow reopening of all sea and road links from Saturday. No approval has been given at this stage.

If opened, those entering Phuket will face 14 days of self-quarantine, after which they will be required to strictly follow the instructions of the Provincial Communicable Disease Committee, including filling out a comprehensive form so that officials can keep track of them for health checks. Technology has been added to the island’s Tha Chatchai checkpoint to keep rigid checks on anyone entering or departing the island.

Last week Phuket went an entire week with no new infections and has reported no new cases since Monday. The island has treated 224 confirmed Covid-19 infections, second only to Bangkok, but it topped the list of the infections per capita in Thailand.