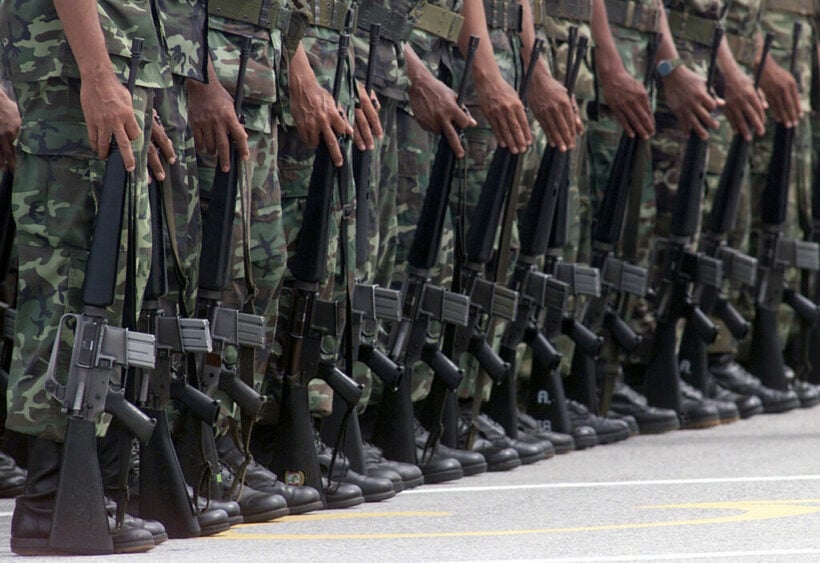 As Thailand polishes up the immigration desks to welcome back international travellers from this Thursday, the military and police are being deployed to seal off nearly 600 construction worker camps in the Bangkok and inner provincial area to ensure the inhabitants don’t leave before their camps are sealed off as a prevention measure against the latest Covid outbreaks.

The Thai government has imposed shutdowns on “risky places”, especially worker camps in Bangkok and nearby provinces. Also, 4 southern provinces… Pattani, Yala, Songkhla, and Narathiwat. The shutdown is set to last for 30 days starting tomorrow, June 28.

Around 80,000 workers, mainly migrant workers in the Bangkok area, have to remain in their camps while they are sealed off.

However, the government says they will extend construction contracts and pay 50% of workers’ wages as they sealed off in their camps. Additionally, the government intends to supply food and water for the workers. Security officers would also be sent to make sure the workers don’t leave their camps, says government spokesperson Anucha Burapachaisri.

Albeit, some “parties” are anxious that workers will attempt to leave their camps prior to the closure, leading to Covid spreading throughout the country.

Kongcheep Tantrawanich, the Defence Ministry spokesperson says armed forces and police have been marshalled to enforce the closure order issued by the CCSA yesterday. Kongcheep says mass testing will be conducted in the camps and infected people will be further isolated.

Armed forces are also being deployed to the deep south to “help tighten controls” on people’s movements. This, in light of the Beta variant (the virus first seen in South Africa) spreading throughout the south.

These forces would also work with the Public Health Ministry by providing beds at military run hospitals to make up for the dwindling supply of beds in hospitals.

Border controls are also going to be “tightened” in the hopes of stopping illegal immigrants from spreading Covid-19 from their country into Thailand, says the spokesperson.

Suchart Chomklin, the Labour Minister is not worried workers will try to leave their camps as by staying they get 50% of their wags but if they leave they get nothing.

Suchart says there are 575 worker camps in the Bangkok area, mostly migrants.

According to Mr Suchart, there are 575 camps in Bangkok with 80,000 workers, most of whom are migrants.

City hall has delivered a letter to all 50 district offices informing them that workers’ movements are prohibited for the next 15 days. The district officers are to work with “security authorities” in cordoning off camps in their respective jurisdictio

kmc
This is how it started with the Nazis.
TobyAndrews
The will not pay them I guaranty it. Or they will pay them if they are bribed. A Thai wearing a chest full of fake medals is incapable of taking money with his left hand and giving it to a…

AdvocatusDiaboli
Latest news is that 8 soldiers that were guarding them are now infected, and 100 are in the close monitoring list. How much longer before they just use the word on Bangkok that the PM hates to use ………. LOCKDOWN.